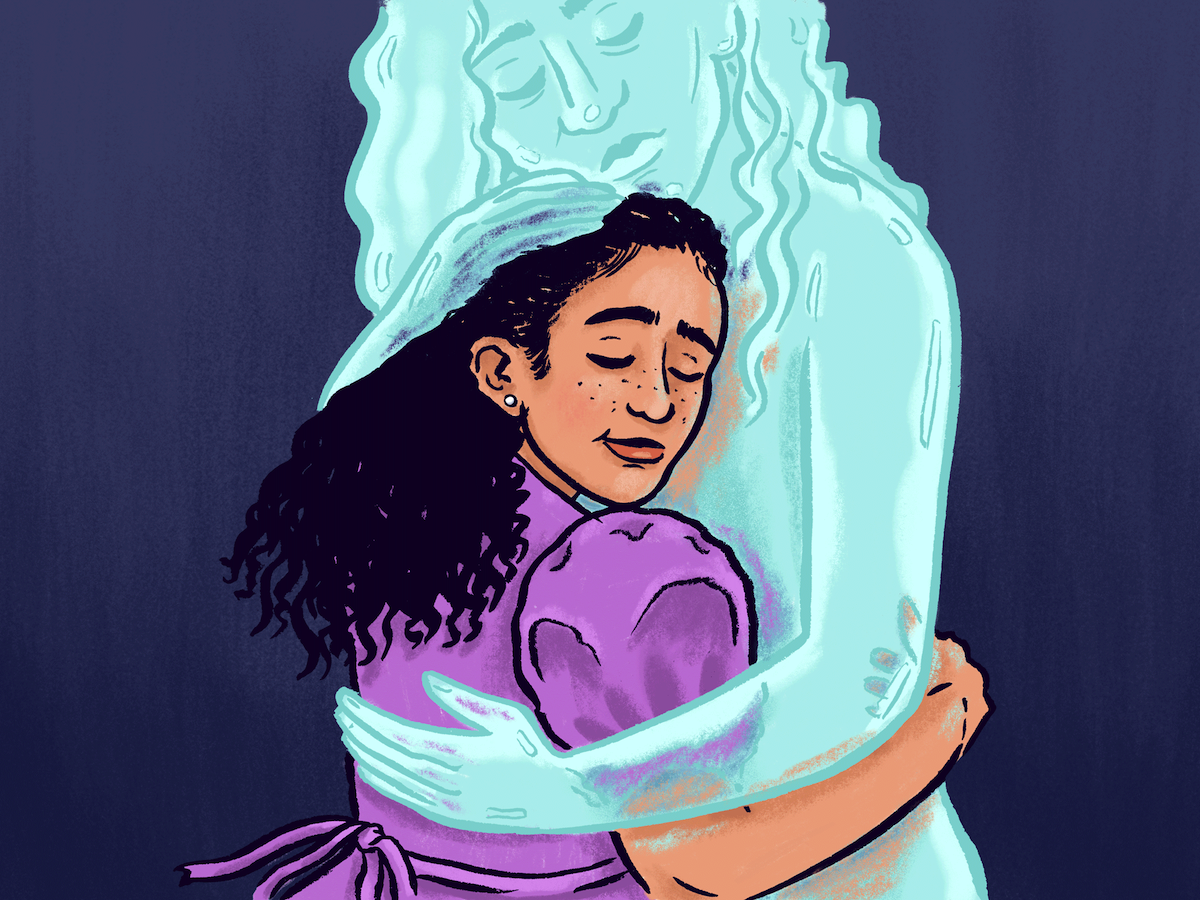 Motherhood as I envisioned would be soft. Something gentle and smooth, a lot less heartache than my childhood because I would do it all better. It would be a man that didn’t leave the way that Papi did. I would have time to take my daughter to all the play dates that I couldn’t have growing up. I would take the kids to soccer and ballet. I would crochet for my darling daughter, and sow her dresses just like my Tia did for me and my primas. The ones that puff out with tulle and fluffy sleeves. My husband and I would take our 2.5 kids out and hold hands while they ran in front of us, laughing. We would dance to Kinito Mendez or Anthony Santos in the kitchen while the kids played  “Te mandaron una Carta” in the backyard, and I would call them in for freshly made limonada. This was my Dominican version of a white picket house, the American Dream that I swallowed from magazines and Disney movies. But Disney has yet to make a movie about a Dominican mother, trying to survive in a city that will swallow you whole if you let it.

Instead, the day I became a mother, I learned what it meant to go to war. I became blind to rest, I unswallowed my tongue and turned it into a spear that I’ve had no choice but to wield against a man I once loved. I became steal instead of bone in order to survive. After all the disasters of learning how to parent alone, I became a different type of woman and mother. I have found a journey to self love that begins with healing and has no end. I found words for my feelings and feelings for my words. I learned to do what I love because the biggest lesson for my daughter would be to see a mother who follows her dreams aunque sea dificil. I learned the word thrive and I am learning to live my life in a way that makes me happy even when there are sad moments.

I became a single mother three months into my 21st year. Young and naive, manipulated by a man who kept me blinded, a man who isolated from all my friends and family. A man who even after I left, kept trying to pull me back into his world of do what I say and don’t ask questions. I tried to be the mother that stays beyond the heartbreak. The one who forgives the hand holding and picture taking with another woman. Who ignores the manipulation. I stayed and I stayed, until the hours became days, and the days became weeks. I stayed until I felt myself becoming a shell of myself. Then all of a sudden, sin otro pensamiento, I left. Never looked back and I would do it all again.

I never understood why Mami worked 24 hour shifts as a home attendant. I think I understand now more than ever what Mami means when she says she lived her life con una mano alante y una atras, always just doing the best with what she had, living between two worlds. The job that paid her $16.50 for an overnight shift, that one that gave us a roof over our heads. Even if that roof was a project roof, and even if the walls had roaches that would climb into the bed, and even if Titi, who was not my Titi had a chair that she could pee in next to her bed. We were poor but happy. I never saw my mother follow her dreams, instead she paved a way for her children.

Motherhood as it turns out, is not something that is always soft, nor is it gentle or smooth. It is a lot of heartache, and this time the man didn’t leave. I left him. He didn’t leave my daughter the way I was left but he still leaves my her all the time. I did not in fact do it better, I am doing the best with what I have, con una mano alante y una atras, y aqui no hay mucho, pero donde comen dos comen cuatro. There are not enough play dates, and ballet came at the cost of too many hours at work so we stopped. I crocheted baby blankets but no longer have the time or patience for needles and yarn, and I would rather read or write but mostly I am tired. There are no fluffy dresses but Target has a couple of cute ones that save us time and money, and to be honest all that tulle was itchy anyways. I am not yet married, and the man who would have been my husband has only known how to create disasters for us. My daughter knows that home is where we are, in that moment, and that we create our own happiness. She knows to follow her dreams because she watches me follow mine every day.

Single motherhood has made me the strict mom I thought I never wanted to be. The mom who has a bedtime routine, and a morning routine, and a weekend routine, and who needs to stick to order so that nothing falls apart, so that she doesn’t fall apart.

Sometimes I am tired of the after birth battle, of being single, brown, mother, and alone. My body has become glass castle and I am a delicate thing. It’s in those moments that I see myself as the mother that I always wanted to be. I find her in the midst of the chaos and in the tranquility, crawling into bed with my daughter, singing her a song, tired and at times weary to the bone, with an essay to write, or a book to read before turning in for the night, and in the woman I have become I see my mother, the gentle songs she would sing at bedtime. The ones I wanted her to sing again and again.