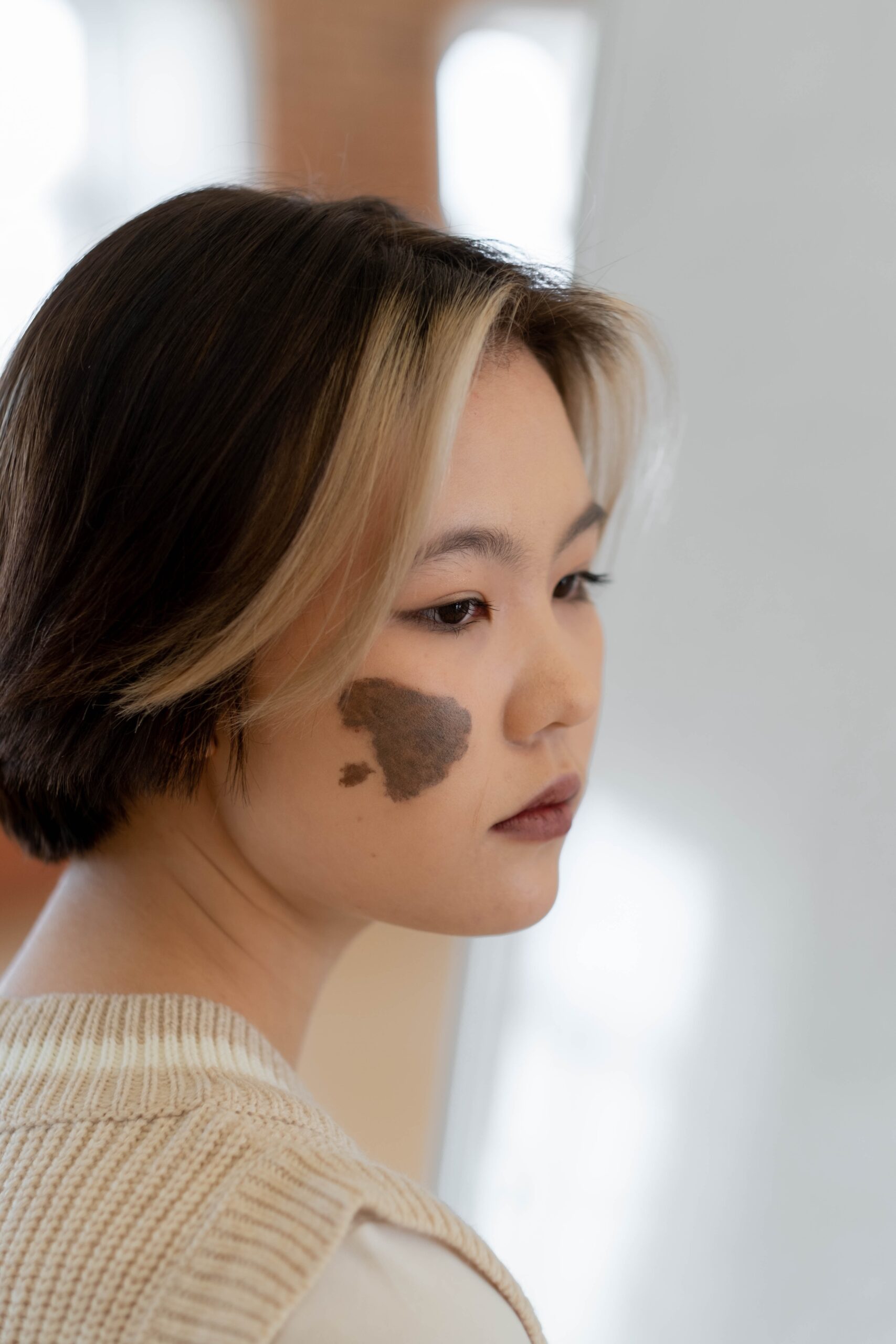 Around age 10, I got a bad sunburn on my face. My adoptive mother didn’t really take sunscreen seriously. She, a white woman, was always trying to tan. A cancer survivor, she liked tempting fate.

She admired my skin tone, particularly in the summer months when her skin reddened and mine caramelized. The tanner I became, the more she admired (envied?) my body. “Look at the color of your skin!” she would exclaim, taking a step back to gaze at my bare arms and legs while I played at the pool or the beach, her voice a mix of incredulity and admiration. “You tan so nicely; your skin is the perfect color.”  I did not know then about fetishes and colorism; I just felt proud of my tan skin.

While I never asked, I imagine my adoptive mother’s preoccupation with my skin tone was driven by her hyper-awareness of our biological differences, for these biological differences poked at her insecurity that I was not “really” her daughter. My adoptive mother once admitted that, early in the adoption process, she feared that she could only love a child she had birthed herself.

Perhaps studying my skin tone against hers prompted her to unearth these initial insecurities. Perhaps remarking on these differences was more a monologue with herself than a dialogue with me; she was trying to convince herself that she loved me despite our different skin tones.

My skin was simply my skin. Until it started peeling. I usually wore some sunscreen, but even after playing outside all day and never reapplying, I rarely got burned.

This time, though, my skin started peeling around my nose, as if scales were falling off. What appeared was a tiny, light brown freckle–more like a speck–on my nose. I only had one other freckle on my body. Now I had two. No big deal.

My nose freckle grew and darkened. I also got more freckles, but none as pronounced as the first one. My junior year of high school, my adoptive mom took me to a dermatologist to make sure the freckle, now a mole, wasn’t melanoma. I could understand the desire to check for cancer. The mole was big. It had grown. What I couldn’t understand, though, was why my adoptive mother made this a cosmetic issue. I looked fine.

Intent on removing the mole, my adoptive mother brought me to a plastic surgeon, the same one who had performed her own reconstructive surgery after a bout with breast cancer. With a magnifying mirror in one hand and pen in the other, the surgeon drew dark lines showing how he would cut out the blemish and stitch the delicate skin back up, remarking about the possibility of scar tissue.

I was horrified, staring back at my own reflection with pen marks charting my face as if I were a diagram of cattle getting ready for slaughter. The chance of scar tissue must have scared my adoptive mother enough to get back in our car and drive away. But stubborn as always, she nurtured a quiet hope that her Chinese daughter could have a “flawless” face.

This hope strengthened once she learned that her East Asian pedicurist had a mole on her face removed. My adoptive mother became absolutely convinced she could do the same with mine. Substituting one Asian for another – a middle-aged Vietnamese woman for a Chinese teenager, a racial sleight of hand – my adoptive mother received all the proof she needed to believe that her Chinese daughter could, in fact, become the perfectly beautiful “China doll” she always dreamed of.

With this distorted vision in mind, my adoptive mother brought me to another surgeon. Thankfully, this second surgeon, whom I recall was East Asian herself, asked me if I wanted the mole removed. It was the first time that I was asked about what I wanted to do with my body. I told her that I thought it was fine, and she was glad to hear that I was not self-conscious about it.

The term self-conscious is one that my adoptive father often to describe my adoptive mother. Looking back, I realize that my adoptive mother’s problematizing of my mole was enmeshed within her own body image struggles. As a child, she had a mastectomy to prevent cancer. Then, as a teen, she was extremely self-conscious about her body and had plastic surgery. I suspect she projected her insecurities onto me. She had an image of her daughter as having the “perfect” body, and when the mole arrived to threaten that image, she attacked.

I didn’t really care about the mole, to be honest. It had grown at such a gradual pace that it seemed to grow with me, slowly becoming part of my facial features. But I do remember the time the school photographer edited it out of my photos. How a little kid once pointed it out and asked what happened. Reactions like these prompted me to think that I should be more self-conscious about the mole than I initially was. “Does it make me look ugly?” I wondered. “Is it the first thing people notice when they see me and do they ever see anything else?”

One afternoon, my mother took me to a makeup counter–me having worn nothing but stage makeup for some theater productions–to learn how to conceal it. I absolutely hated every minute of this interaction. My adoptive mother took the lead and spoke for me, problematizing the mole and pleading for help. The makeup artist tried a variety of shades, textures, and products; I grew smaller and more humiliated as she covered up something I never thought was wrong.

My adoptive mother encouraged the makeup artist more than she encouraged me. With brow furrowed and lips pouted, she peered over at me to inspect the artist’s work as if I were a specimen under a microscope. Finally, she applauded the choice of an acceptable shade, remarking with wonder about how the artist’s final technique “might just work” to conceal the dark circle below. When I saw that the circle had disappeared under a cloak of makeup, I did not feel beautiful. I felt alone, confused, and hurt.

While not a true birthmark, this mark will lead me back to my biological family someday. I’d like to learn how my family’s skin behaves in sunlight. Does anyone else in my family have strange moles like me? Will they think I’m ugly, like white folks around me seemed to think? Will they think I am not their own, for I was not born with this mark? Or will it tie me to them more than I could ever imagine?

My biological family quite literally crafted my face. To deliberately alter anything about it would be to betray them. I cannot cut out a piece of them that lives within me. Especially not just to please my adoptive mother.