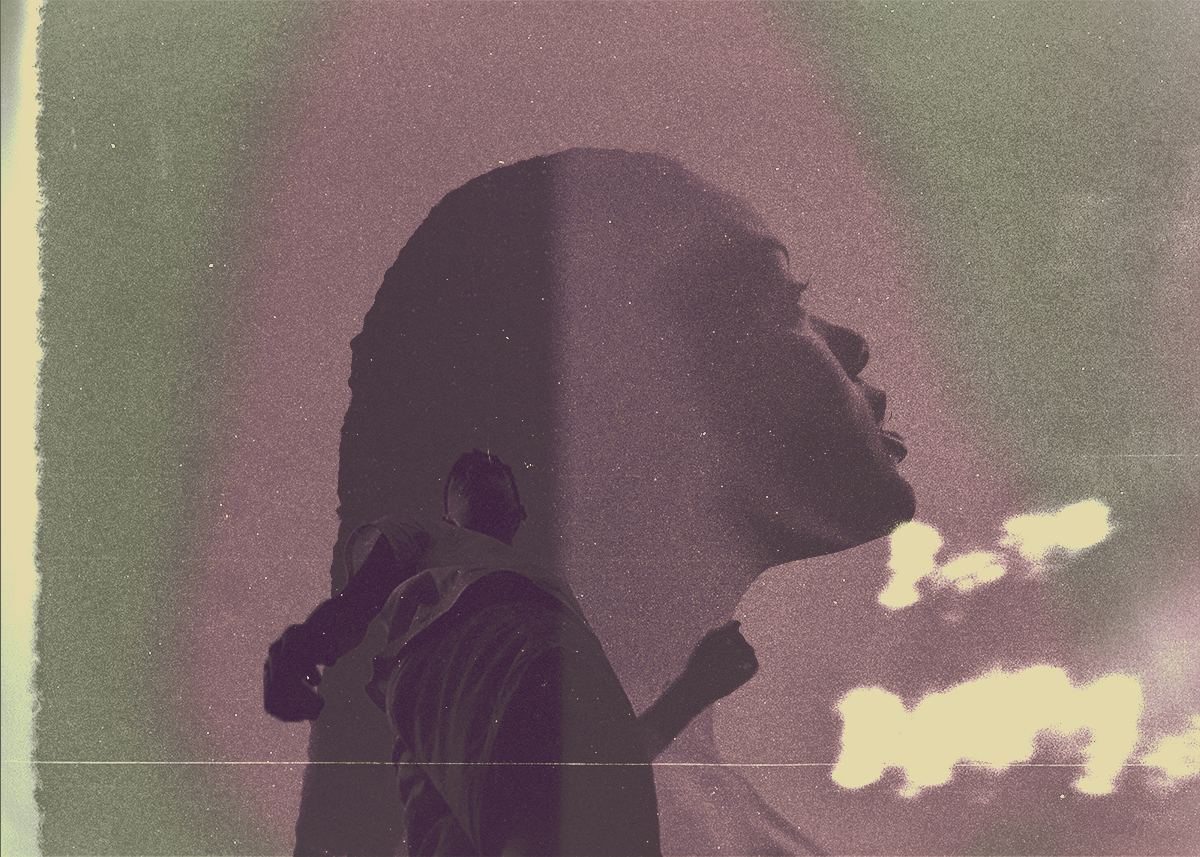 I devoured Donald Goines’ Dope Fiend right after I put the grilled cheese on top of the radiator, a griddle’s sizzle loudly absent. It had been 24 years since I last read those short chapters. The day before, I read Black Girl Lost. At this point, reading was my only escape from plentiful tears.

I was a good Catholic school girl, a good daughter. I ate my vegetables, I worked hard. When Mommy left to meet the ancestors a few years before and I was a lost soul, I took care of my little sisters as directed in “The Oldest Child’s Responsibilities Handbook.” Trying to figure out adulthood without my shero was more than a challenging task. Mommy left me with a treasure trove of knowledge, but I had no idea where and how to apply it. The number of people I trusted dwindled to almost zero.

It was lights out and I tried to fall asleep. Reading was no longer an option.

He walked in an hour late. I was scared shitless.

“Where were you? Why weren’t you answering the phone?” I asked him.

He replied, “My battery died.”

Spirit told me something different. Something wasn’t adding up.

The truth has a smell to it.

“Give me the phone!” I demanded. He complied.

I turned it on. I wasn’t born with “stupid” tattooed across my forehead.

I lost all sense of calm and reserve.

“Do you know all the shit that’s gone through my mind? Where the fuck were you!”

The bars on the doors slowly screeched and rolled lazily open, startling me awake. The sun pierced through the welded wire fencing that covered the thick glass of the windows. I needed to read Dope Fiend’s end. I had to stay lost in the fantasy world Goines painstakingly wrote for people like me, people with limited choices.

This might be my permanent home for the next few years. Although I didn’t want to leave my bunk, I got up to get some food and washed up. I’m not built for this. Mommy raised a good girl. I met up with the homie I got locked up with, my co-D. We talked and strategized, at times reminiscing about the fun we had in Jamaica—my first trip out of the country.

He stood there looking at me like a deer in headlights.

Unfortunately for him, I was doing our laundry around the corner from the bustling block between Lewis and Stuyvesant.

Everyone in the hood knew what kind of Mama I was.

There wasn’t any questions about what was about to go down.

I was locked up in Maryland, but an incident I knew nothing about mandated my return to Albany, which meant I was being extradited to New York. I met with my Maryland public defender and arrangements were made for my transport back north.

When I was a girl in Brooklyn, Mommy made sure to provide me with the best education she could afford. I attended Catholic school my entire life. I didn’t hang out with troublemakers, I shied away from them. I always followed Mommy’s rules, and God’s scriptures.

I arrived in Albany Correctional Facility and met with my new public defender. She had no clue what she was doing and that made me really scared.

I made him drop down into a plank with his backpack and coat still on.

After I was satisfied that the physical exertion from holding that position couldn’t be easily forgotten, I chewed him out as we walked to the laundromat to retrieve our clothes.

“Do you know everything you do impacts everyone around you?

Do you know my heart falls out of my stomach when I don’t know if you are safe?

Do you know your freedom can be snatched in the blink of an eye?

I need to trust you.

How can I defend and protect you if I can’t trust you?”

I was 21 years old when I pled guilty to a D felony for possession with the intent to sell. I was a mule. Moving 25 pounds of weed from Jamaica to New York. That was my Maryland offense. My Albany offense was a gut punch—my only crime was that I left an apartment to my ex-boyfriend, a man I broke up with about a year earlier. He was selling drugs from the apartment that still had my name on the lease. I was guilty by association.

The Albany judge sentenced me to five years of probation to be served back in Brooklyn. I breathed a sigh of relief but the worst part was yet to come.  The good catholic schoolgirl was soiled by the criminal justice system. The D felony became my scarlet letter. It became even more difficult finding a job because of the ever-present box that asked, Have you ever been convicted of a crime? I became a ghost, believing that the best option was to disappear from my sisters’ lives.  I didn’t know how to redeem myself in their eyes.  How could I look them in their faces and tell them to be “good” when I was labelled anything but.

I made him do helicopters with his coat on as we walked the block to the laundromat.

Once we arrived, I ordered him to do knee raises and, my favorite, the crucifix.

Yes, corporal punishment, because I will do every and anything to ensure my sun will never see the inside of anyone’s jail or prison.

“There are consequences to your actions, Sun,” I said.

How the fuck did I get here? My sister’s prom was around the corner and Daddy wasn’t giving her any money for a dress or the limo. “The Oldest Child’s Responsibilities Handbook” clearly stated I had to do what my mother wasn’t able to do anymore, and that meant giving her everything Mommy would have. I couldn’t find a job fast enough and, for me, selling pussy wasn’t an option. I met someone who said I could earn $5,000 and a trip to Jamaica for moving some weed.

Everything you do impacts you, whether you see it or not. Your honesty or lack thereof can change your life. If I have done nothing else good in my life, raising a sun who is self-aware and accountable for his actions would be enough. I have made some sacrifices in my life for the people I love without ever expecting anything in return. My hope is that when you read this, you will know why I need you to live from this experience because I want you to be freeeeeeeee in every way imaginable. You are my freedom. I love you.

Justice Involved Mothers is a column developed in partnership with Roots. Wounds. Words.: A Literary Arts Revolution. Devoted to real life, authentic narratives of criminalization, Justice Involved Mothers is curated and edited by Nicole Shawan Junior and penned by the Black, Latinx, Indigenous, and Brown women who have suffered the white supremacist arm and misogynist fist of law enforcement. Through these creative nonfiction works of literary art, we aim to uplift liberation demands, amplify abolitionist urgings, and cast an even wider spotlight on the vice grip criminalization holds around the necks of women—MOTHERS—of color. Justice Involved Mothers centers Our stories because we are the ones who are most ignored. The ones with the most to tell.