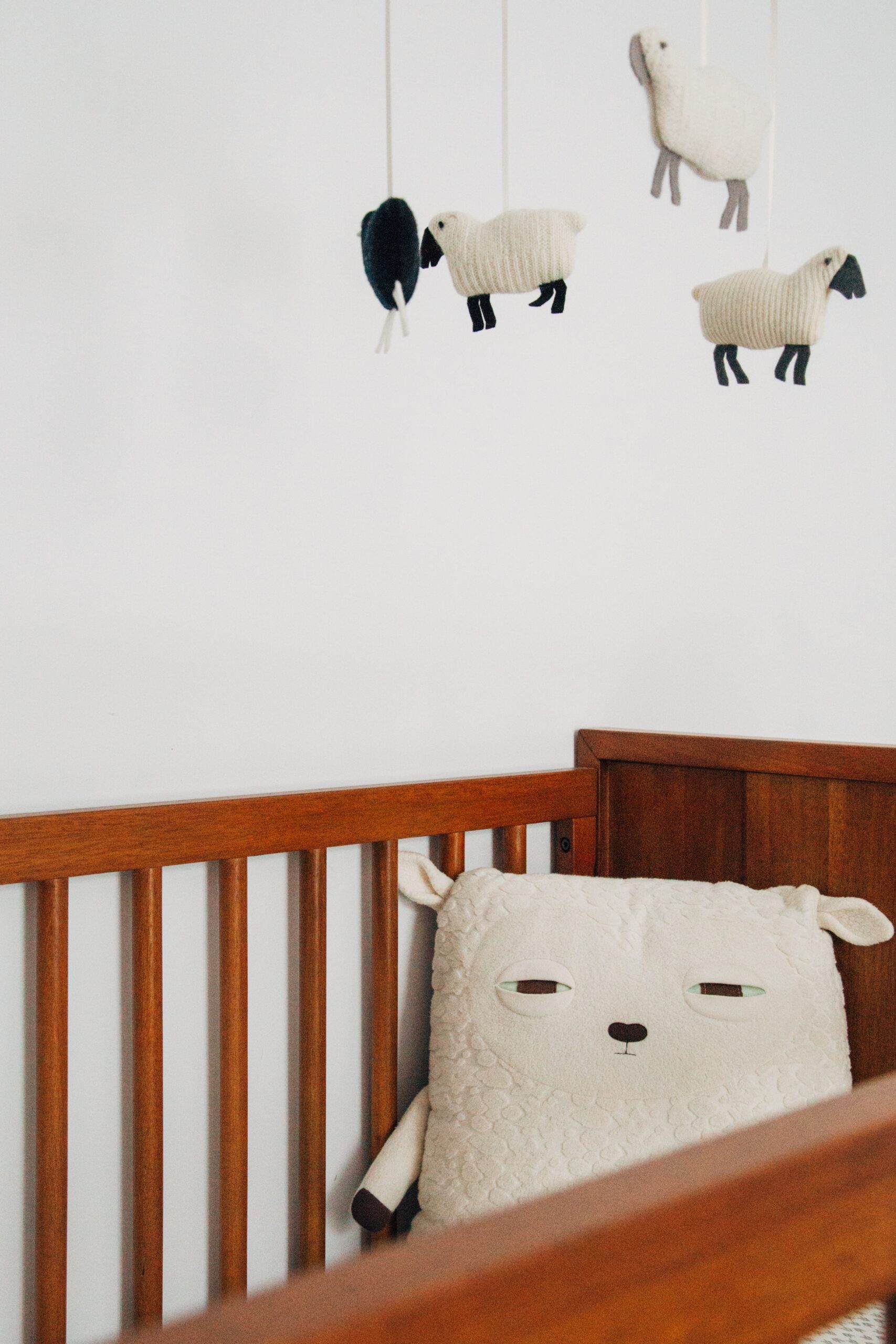 My first and worst moment as a parent occurred on the same day. My husband and I waited two and half years to travel halfway around the world to adopt our son from Korea, and yet the day we took custody of him broke us all.

He joined our family speaking only Korean and remained steadfast in its use for a few weeks. However, when his foster mother never came back, no matter how many times he waited by the door, he realized the futility of his hope, and with it, syllable by syllable, his Korean language dropped away.

I saw this same sorrowful sloughing away of a Korean identity with my second son, adopted from Korea a few years later, but these were not the first times I experienced this.

The first time occurred after my own adoption from Korea some thirty years before.

Born in Busan, South Korea, and adopted at six months by a Jewish American family in the suburbs of Washington, D.C., I was cut off from the Korean language and culture immediately upon arrival. My childhood exposure to Korean culture began and ended with references to “Radar” and “Hawkeye,” characters from the Korean War comedy MASH, and included exactly one trip to a Korean restaurant, an experience I only remember from its frequent retelling.

“Remember that time we took Cyndy to a Korean restaurant?” my sister, six years older than me and adopted domestically, would say.

“Yep,” my mom would chime in, smiling before the punchline we all knew was coming.

“We gave her a piece of kimchi and she spit it out. We knew then that she wasn’t Korean. She was American,” my sister would say, with laughter erupting around me.

While Korea was a joke, Judaism was a way of life. I became a Bat Mitzvah, worked at the synagogue teaching Sunday School, and learned to read and write Hebrew. Each time I chanted “Baruch atah Adonai,” my brown skin became paler. My black hair spun to sand with each retelling of Moses’ bravery in the Egyptian desert. My narrow eyes reshaped, transfigured by the heat of the Chanukah candles. My Koreanness stood no chance next to the exultation of the whiteness surrounding me. But I was edging through life in perpetual fear of being outed to the world as not being a white American.

My belief in my whiteness required a lot of effort to maintain in a world that defined me by my color. When I found out that I was not accepted to an honors program at my state university, even with a better GPA than several white classmates who were accepted, I called the Dean of Admissions, explaining that I am not really Asian, an absurd and entitled act that sadly worked. In college, a friend tried to set me up with another Asian friend. It enraged me when she told me he was not interested because he did not date Asian people, even though I had told her the same thing. And, when I walked into a law firm interview with an Asian face and a Jewish last name, I laughed along with the white partners at their surprise and promised them my name is more representative of me than my face.

By the time my husband and I agreed to begin a family of our own, I was exhausted from the effort it took to stay in the adoptee “fog” that blanched my entire life. The “fog’” is an adoptee term referring to the low-hanging cloud of denial that obscures an adoptee’s birth identity and feelings of loss associated with adoption. I had to evaporate it, droplet by droplet, to live as my real self. Adopting my sons from Korea forced me to begin that process, to expose myself as Korean, as adopted, and as damaged, and to live in the uncomfortable vulnerability that I had been avoiding.

As part of our preparation for our first son, my husband and I signed up for Korean language lessons at the Korean Embassy, trekking into Washington, D.C. every Tuesday evening. We would meet in front of the Embassy, and I would watch my husband striding toward me with a confidence only a white man can have. Despite mispronouncing most of the words, he entered class proudly, with no apparent nerves, ready to learn, eat Korean snacks, and enjoy the culture. For me, my nervous system ignited with adrenaline and my hands would shake the entire class. My brain experienced the simple utterance of the word “annyeonghaseyo” as equal to being chased by a rabid dog.

But no matter how depleted I felt after each class, I kept going. It felt like a penance I had to pay for rejecting my Koreanness all those years. A self-flagellation for my own self-hate. Punishment necessary for me to pay back the universe before I could fully love my son or myself.

Language is the most ardent protector of culture. It creates walls of syntax, moats streaming with vocabulary, and battlements of sounds, forming a barrier of entry that only the most determined knights can surpass. I learned in that class that the Korean language is no exception. The heavy influence of imperial China colonizes the vocabulary. Native Korean words supply a strong counterattack, fighting for independence. The verb endings, duplicitous in their purpose, not only represent the past, present, and future, but reflect Confucian principles of hierarchy, the scaffolding of Korean culture. The surprising discovery of English words, pronounced and spelled in Korean, presents an aural riddle, showing the United States’ presence in Korea after 1945, heavy and awkward.

And then there’s the slang. The slang words reveal clues to how Koreans really view their own culture, a self-reflection, both critical and loving. They are the secret chamber inside the castle, reserved for only the truest Koreans, a safekeeping from global influence. For me, learning Korean meant more than learning the language. It meant tearing down the castle walls to this culture and reclaiming some of what I lost as an adoptee.

By the time our oldest son joined our family, my Korean sounded like a mix between textbook dialogue (“Hello. My name is Cynthia. I am a Korean person”), and baby talk (“Want crackers? Milk yummy?”) And though it was inadequate to help either of my sons maintain their Korean language, it helped make the transition slightly gentler. I continued to study Korean on and off after my sons’ adoption and tried to integrate basic Korean phrases into our lives, knowing full well that my brain, entering its fourth decade of life, is unlikely to become fluent in my first language again.

Not long ago, standing at the base of the Washington Monument with my kids running around, the American flags rippling in the wind, a Korean woman approached me.

“Do you speak Korean?” she asked in Korean.

“A little,” I responded back in our native tongue.

A little was enough. I was able to explain to her, with the help of some creative miming, how to reserve tickets and reach the top of the monument. She thanked me profusely and we bowed goodbye.

“Oh my gosh, mom,” my eldest son said to me. “You can really speak Korean!” He bounded off to tell his little brother of my superpower. I am aware they will figure out the limits of my Korean language soon enough, but at that moment, on that day, I had conquered the castle.

Recently, my family sat down to dinner together to steamy bowls of tangy doenjang jjigae. My fifteen-month-old biological daughter, our pandemic baby, reached for the various banchan peppering the table. “It’s too spicy,” I told her as her whine slowly ascended the musical scale towards a screech at my refusal to give her the kimchi. Her match-like fingers reached again for the fermented cabbage, a small flake of gochugaru attached to her pointer finger, red and vibrant, and I wiped it off quickly. Her back arched in frustration, her sweet smell mixed with the pungent acidity of the kimchi as her head swept by my nose, and I said, “Maewo! Neomu maewo!” The Korean words for “spicy, too spicy” slipped out automatically, a residual default tactic from my desperate attempts to communicate with my sons in their early months.

Unlike my sons and me, my daughter has never heard any other Korean than mine and so she accepts it without question and is learning to respond. She knows to go to the bathtub when I tell her it’s time for her “mogyok” and she points to the snack cabinet when I ask if she wants a “gwaja.” And, when she brings me a family picture book, she excitedly points to the members of our family, identified in Korean.

“Where is kun oppa?” I ask my daughter, and she points to her eldest brother.

“Where is chagun oppa?” I ask, and she points to her second brother.

A family, imperfect and woven with loss, but undeniably Korean.