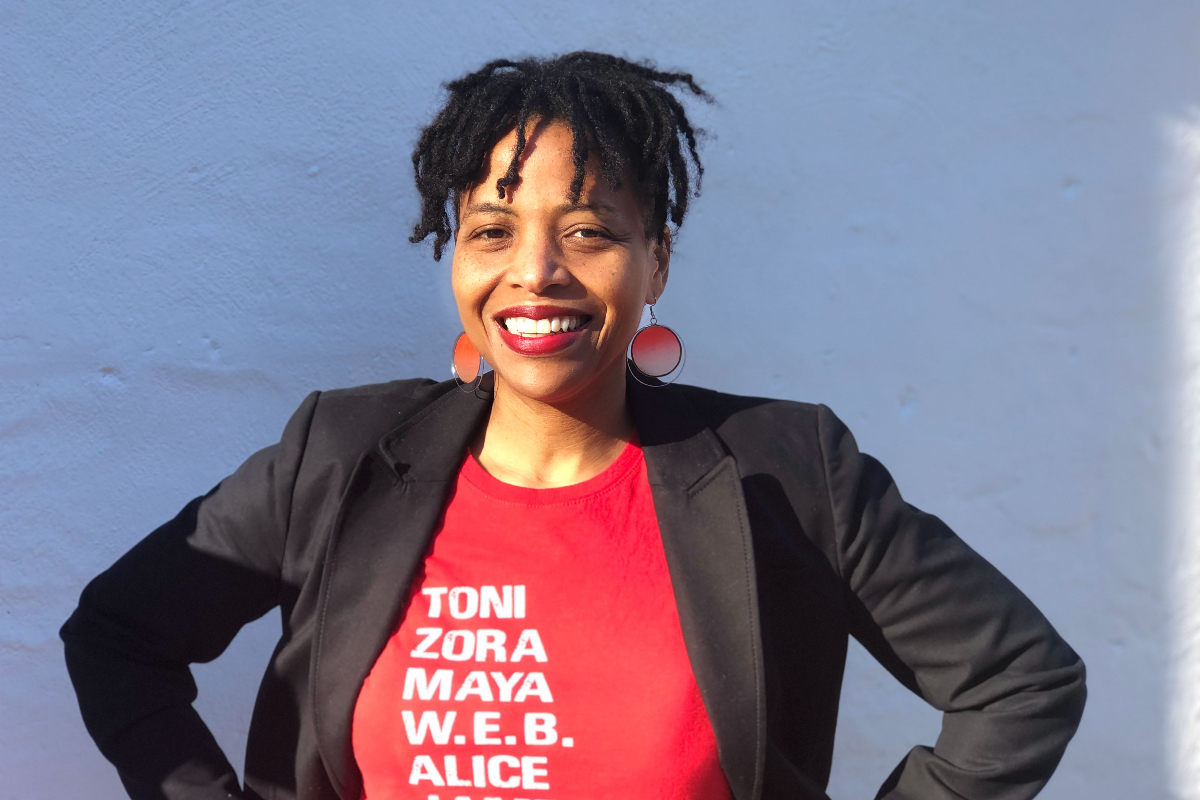 I always feel like a writer who is also a mother.

I think it’s funny because my first book and my first baby were born in the same year, 2001. But the book (Hair Story) came first in February and my son was born in June of that year. And while I’ve always known I wanted to be a mother, I claimed my identity as a writer when I was eight years old.

I remember sitting on a panel talking about this topic and I had two young children at the time. I was completely at a loss for what I could add to the conversation about being a competent writer and a good mother so I Googled “writers with children” or something like that and discovered Jodi Picoult had three kids. At the time that sounded like a lot of kids, considering Jodi Picoult puts out like a book every year, or at least it seemed that way. Anyway, she seemed like a very down-to-earth person who had figured out how to write and mother in a productive way, so she’s a person I often thought of when my kids were younger and I needed inspiration. But I wouldn’t call her a hero of mine; rather, she was an example of what’s possible.

But in reality, almost all of the women writers I most admire and love are also mothers. Chief among them, Maya Angelou, Isabel Allende and Bernice McFadden. But if I’m not mistaken, these women all only had one child.

As a writer, particularly, I resent the fact that I can’t claim my own time without feeling guilty. I would love to spend hours and days wrapped up in my writing, but I can’t in good conscience act like it’s okay to ignore my children. My boys are older and I know they’d be okay now if I disappeared into my work, but my daughter, who is only ten, would be devastated.

I read so much it’s hard to choose one mother that I most admire, but I will answer this question with a fictional mother who is truly admirable. And that is the main character in Lauren Francis-Sharma’s epic new novel, Book of the Little Axe. We meet Rosa Rendón when she’s still a child in her native Trinidad, but by the end of the book she’s a mother raising her son in the American midwest as the wife of a Native American tribal chief. And the lengths she goes to help her son understand who he is, is beyond admirable. Her sacrifice and strength as a mother gutted me.

So, there are probably other fictional mothers who get on my nerves, but the most recent fictional mother who annoyed me to no end was Stella Vignes, from Brit Bennett’s The Vanishing Half. Stella was the twin sister who abandoned her family and passed for white, creating a new life for herself in Los Angeles. She was a horrible, selfish mother and a horrible sister and daughter. I wanted to shake her throughout the entire novel. And even though I didn’t like her daughter in the book either, I felt sorry for her because she had Stella for a mother.

You can have it all, just not at the same time. I remember a woman told this to me when I was at a writing conference. She was in her early 50s at the time, I was in my early 30s. She was about to go on a writing retreat for one month to work on her novel. I was so jealous because I knew I couldn’t leave my kids for a whole month to work on the book I was working on at the time.

I tried to argue that my kids would want me to be happy. That they’d understand if I disappeared for a month, but this very wise woman told me that wasn’t true. “Your kids want their mommy at home with them.” But she went on to tell me that one day my kids would be old enough for me to leave them alone for months at a time. At that moment I remember feeling like being a mother meant I had to sacrifice all of my personal dreams, but soon after that conference, I got the opportunity to do a week-long writing retreat and it was just perfect because I missed my kids as much as they missed me.

It’s been almost 20 years since I received that sage advice and in retrospect, I really do feel like I’ve “had it all;” three kids, a career I love, several books published, and most recently, a move abroad. The secret really is to live in the moment you’re in and know your gifts are coming in due time, not all at once.

Don’t dress your boys in pink or let them play with dolls. Needless to say, I ignored that advice.

Lori L. Tharps is a storyteller whose work lands at the intersection of race and real life. She is the author of five books of nonfiction including, Hair Story:Untangling the Roots of Black Hair in America (St. Martin’s) Kinky Gazpacho:Life, Love and Spain (Atria) and Same Family, Different Colors: Confronting Colorism in America’s Diverse Families (Beacon). She is also the author of the novel, Substitute Me (Atria).  Lori is the mother of three children and recently relocated from Philadelphia to the South of Spain. She blogs about her multicultural life at MyAmericanMeltingpot.com. She can be found on Instagram @LoriLTharps

Thanks for reading! If you enjoy Raising Mothers, join us as a sustaining member to help RM remain ad-free. Invest in amplifying the voices of Black, Asian, Latine(x), Indigenous and other parents of color at our many intersections. Tiers start at $5/month.