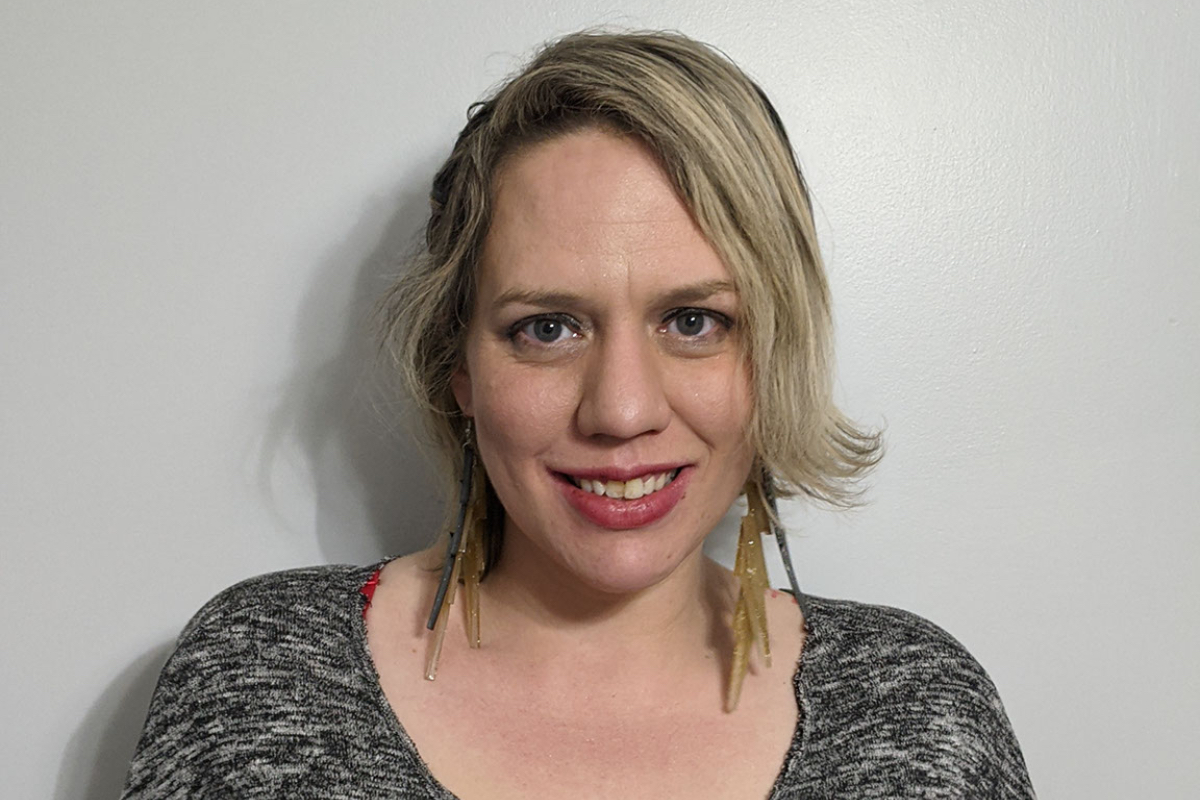 Parenting has influenced my writing in a sort of a roundabout way. Although my social media followers often told me I should write for a living after reading my posts that found levity in the ups and downs of parenting, I didn’t start writing professionally until I actually had to take some time away from my children — and I turned to writing as a coping mechanism to deal with the grief. I rarely directly write about my children; their father is a very private person and prefers not to have their stories shared widely. However, I have mentioned them in a few pieces, and I did write an essay for Catapult about dealing with postpartum depression and trauma around my son’s very premature delivery. I have been writing more “mommy-related” pieces, but as a reporter and not an essayist.

I wrote an article about Oregon’s decision in November to decriminalize narcotics, and the impact that will have on families who have been separated by the so-called War on Drugs. I am particularly interested in how we can make parenting easier for parents who are trying to navigate trauma and substance use disorder, because that is who I am. I have done considerable research into the benefits of family-centered treatments and the improvement of outcomes for both parent and child when we make our best efforts to keep families intact. I have also covered racial inequities in education as well as the foster care system. I am currently working on — believe it or not — a tax guide for parents. I never would have expected to write that.

I would say resilient, attached, and doting.

Everything about motherhood surprised me. Motherhood was always something that I desired, but didn’t necessarily put into my life plan. I didn’t set out to become a mother, if you know what I mean. However, I was never one of those people who never wanted kids either. It just wasn’t a priority for me. So when I became pregnant and gave birth to my first child, I didn’t really know what to expect. When my daughter was born, I threw myself full on into motherhood. I became obsessed with breastfeeding and learned probably about as much as a lactation consultant. I didn’t even know if I wanted to breastfeed when I was pregnant!

What surprised me the most about motherhood was the desire to have lots of children. I loved being a mom so much that I got pregnant again when my first was only five months old. Then again when my second was only seven months old. My last pregnancy was life-threatening to both my and the baby, so I got an IUD after Baby #3. I honestly don’t know if I would have stopped having babies if my body hadn’t told me that it was time to shut down the muffin shop.

I would say that the fictional fathers get on my nerves more than the fictional mothers — although perhaps the fictional mothers also irritate me for enabling them. My online mom groups are full of posts of mothers who are complaining about husbands who do not help with the babies. Whether it’s a father who won’t ever get up with the baby or he puts them to bed in their clothes when left home with them for the night or does other things to indicate that he is not willing to help. We have really given fathers permission to do the bare minimum, and it shows in pop culture. My kids’ dad watched Everybody Loves Raymond, and Ray irritated me. He was narcissistic, unhelpful, and did not care to pick up any of the slack. His mother, Marie, really enabled him to be that way. So maybe she’s the fictional mother who gets on my nerves the most.

When my youngest was a baby, everyone had something to say about everything if I posted to Facebook about a sleep regression or whatever was going on in her life. It’s hard to say what the absolute worst advice I’ve ever gotten would be without shaming other moms for making different choices than I did. I would say probably the most concerning advice I received would be advice related to nutrition, like suggesting baby food or water before it was developmentally appropriate to offer to my child.

I hold back a lot from writing about them. My mother is also a writer, and she wrote a lot of very personal material that embarrassed me sometimes. I remember going through old boxes and finding some newspaper clip about an article that she wrote about me peeing myself and still insisting that I needed to wear the dress I was wearing when I wet myself. I was much younger when I found this article and obviously peeing your pants is a very normal part of childhood, so it doesn’t embarrass me anymore, but I remember being very ashamed when I read it. I don’t want my children to feel bad about anything that I’ve written.

On the other hand, I am a person in recovery and I have written with a lot of candor about my past history of drug use. And that is my story, and I don’t mind if my children find it someday. What I want them to see is someone who pulled themselves together to provide the best life possible for them. I grew up with a fair amount of privilege, and all I want is for my children to have all of the same opportunities that I did. And I am working towards that right now.

I think that motherhood has made me a kinder, more helpful, and more understanding person. Moms carry a lot of weight on their shoulders, and I think that becoming a mother gave me some insight into the fact that the majority of mothers are out there doing their best. It also taught me to offer help to other people because I became a person who often needed help. Over the past four years since my daughter was born, I have made some very deep and meaningful friendships with other moms and we all offer each other help whenever we can, perhaps because we don’t get enough of it with ourselves. I went grocery shopping for one family that I’ve gotten close to and at a later date, they ran a few errands for me when my household was under a Covid-19 quarantine. Motherhood has also made me more vulnerable. I try to admit when I’m failing as often as I admit when I’m being a supermom, because sometimes someone else needs to hear it. And it took other mothers showing their own vulnerability to me to get me to a place where I could do that.

Nia Norris (she/her/they/them) is a journalist in the Chicago area who writes about social justice, public policy, education, and culture. Her publication credits include Catapult, Courier Newsroom, and Antiracism Daily. When she is not writing, Nia is a mother to her three children and a full-time student. Follow her on Twitter @nianorriswrites.