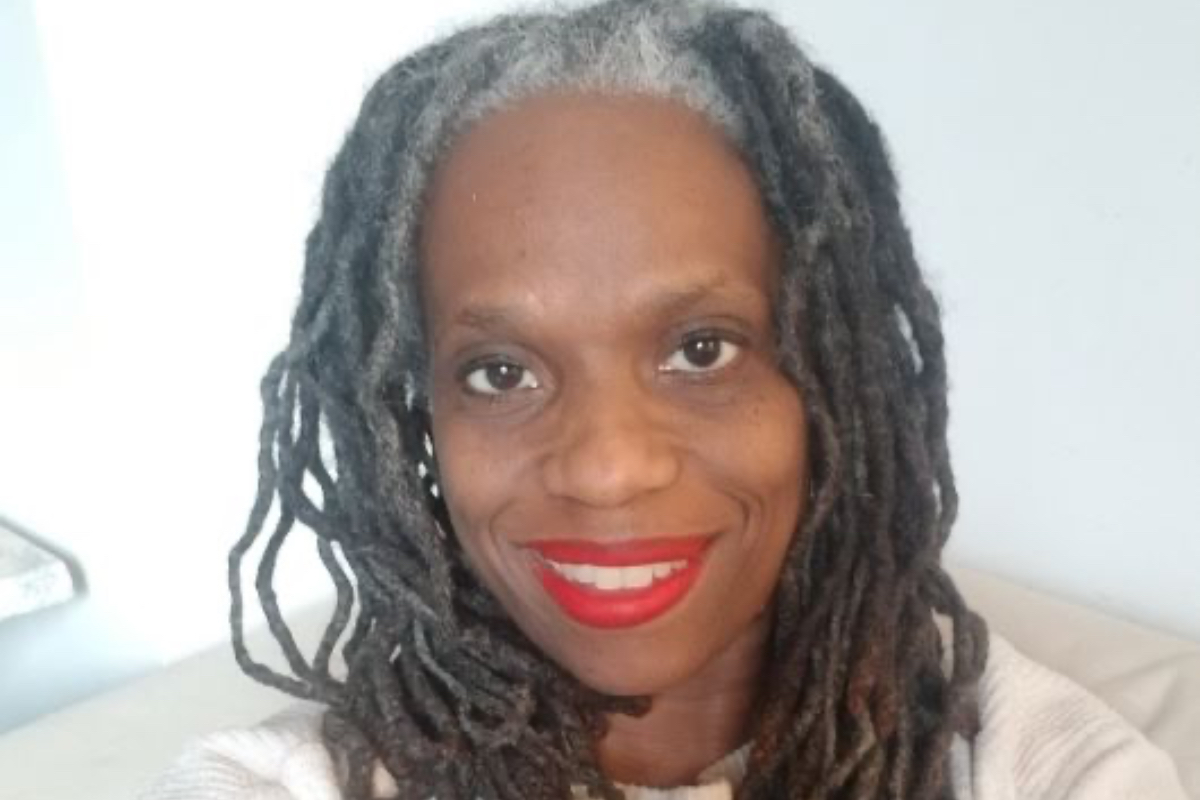 This is a hard one. I don’t really think about fictional mothers that often, yet alone choose one to admire. The act of mothering is so real and present that to even drift into contemplating the idolization of a fictional mother takes me too far away from what is in front of me. But, if I had to choose, I would have to say Regina King’s depiction of Sharon Rivers in If Beale Street Could Talk. Her love and courage were so tangible, and she was textured in her humanity and vulnerability.

What’s the secret to surviving motherhood?

My secret has always been to parent out loud. I am very transparent with my son about my parenting maneuvers, letting him know if I don’t really know what I’m doing. This gives him a voice to tell me how things are landing.

What three words would your son use to describe you?

He said he could think of a lot more than three, but the first ones were hard-working, adventurous, and goofy. Lol.

It wasn’t really advice, but I remained passive in a situation in which my son’s father wanted to share some important news with my son that he wasn’t ready for developmentally. I went along with it, not realizing that it would confuse my son and then I ended up having to comfort him through some complicated emotions. I felt terrible.

Sam Fox from “Better Things.” I don’t even know if I made it past the first episode. What I couldn’t stand about her was how permissive she was with her children. The older daughter completely wrecks the house, and Sam cleans it up, instead of making her daughter do it. It felt very typical white mother behavior, not holding the kids accountable for their mess. What really gets on my nerves about it is that it perpetuates a particular behavior in white women. When we hear stories about “Karens,” we try to label them as these lone wolf women who are just acting crazy. Karens are made, not born, and they are a product of a society that sends the message that white women don’t have to follow the rules and the world will bend for their comfort, even when they don’t deserve it. I see this depicted everywhere in television and film, and it drives me up a wall. We all pay for the constant cultivation of entitlement in white women by white mothers on screen.

Hmm, I would say it goes both ways. I became keen on the idea of mothering when I was a third grade teacher. I would observe these intimate moments between my students and their mothers, and it clicked in me my own conception of being a mother. When I eventually became a mother, I relished the task of being nimble in the process, and so I let the world in to inform my ability to move and maneuver with the demands of parenting. On a very fundamental level, being the mother of a Black boy, I scrutinize the world more with an eye towards his protection. Now that he is older, I’m very transparent with him about the forces that seek to harm us, particularly white supremacy and whiteness. I believe we have to be very upfront with our Black children about that reality. Motherhood has also pushed me to strive for more. Mothers often tell the narrative that they had to make sacrifices when they became mothers, but I found that motherhood made me more ambitious about what was possible, and then I worked to put the supports in place in order to make those things happen. I believe my son is better for it and now that he is older, we talk a lot about that.

Tara Phillips is an organizational development consultant and writer who has worked in the social sector for almost 30 years. Currently, she is working with a number of organizations as they implement key diversity, equity, inclusion, and anti-racism work in the wake of the reckoning witnessed in the summer of 2020. Tara has chosen to make a life in Paris, which serves as the platform for her blog, My Year on Mombbatical, and has also been published on Food & Wine’s online platform and TueNight. You can follow Tara on Instagram @myyearonmombbatical and learn more about her writing and work at www.tlphillips.info.