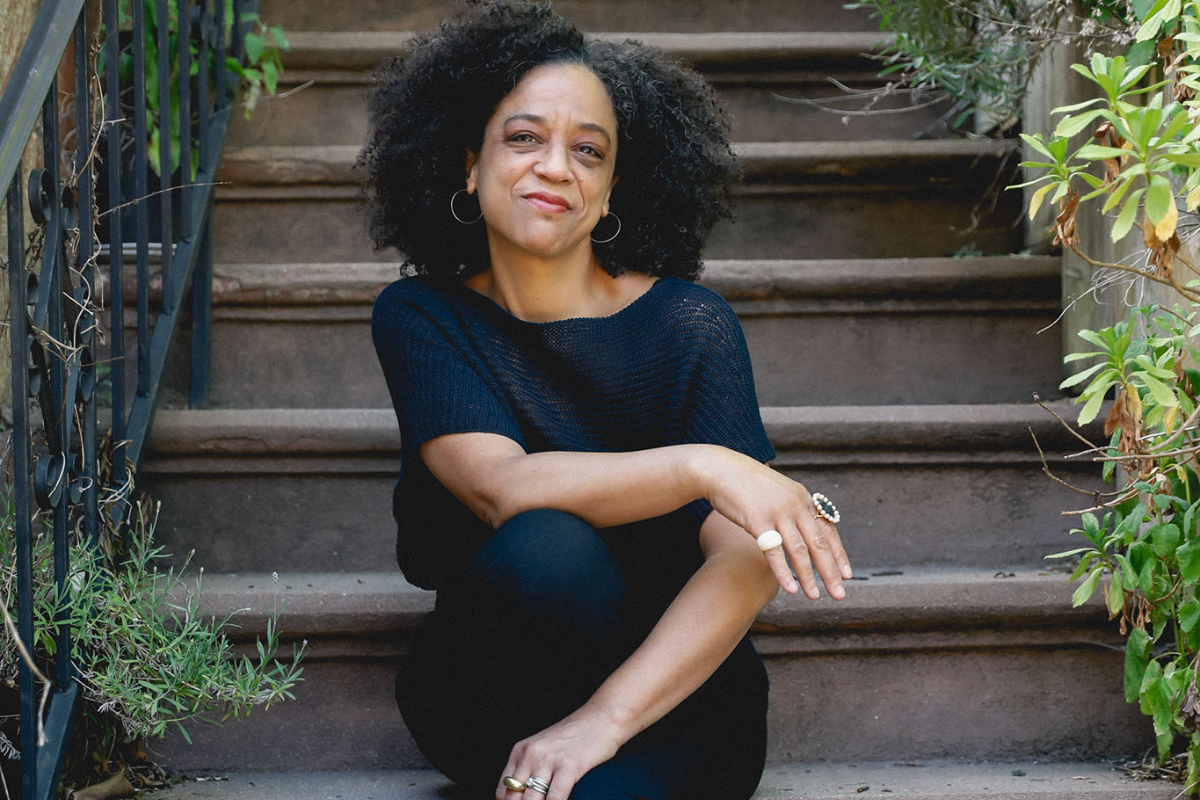 It has brought clarity to my writing, and a sense of profound urgency. It didn’t occur to me until I became a parent that my writing is my legacy, and it is for my son. That was a real epiphany that happened for me in 2014, and I write about it in my memoir, Surviving the White Gaze. The day that Michael Brown was murdered by police in Ferguson, Missouri, and my then-9-year-old asked if he or I would get shot because we are Black, I knew that in addition to mothering him through my answer, I needed to also commit the truth of my answer, and its legacy — of police profiling and murdering Black boys and men — through writing.

Writing for me is a discipline, and a form of expression — by doing that, and I write almost exclusively at the kitchen table in the center of our home, I’m modeling for my son both discipline, and one way to be expressive.

What are three words your child would use to describe you?

Letting go of him as a little boy. Missing the smell of his skin as a baby.

My son is the single most important and magnificent person in the world — fight me.

Rebecca Carroll is a former cultural critic at WNYC, where she was also host of the podcast Come Through: 15 essential conversations about race in a pivotal year for America. A former critic-at-large for the Los Angeles Times, Rebecca is currently an editor-at-large for The Meteor, a new media collective. She is creator and host of the award-winning Audible original, Billie Was a Black Woman, a companion podcast to the 2021 film, The United States Vs. Billie Holiday, as well as the creator and curator of the live event and audio series, In Love & Struggle, which shares the lives and experiences of Black women in America through monologues, stories, music, and humor. Rebecca is the author of several books about race in America, including the award-winning Sugar in the Raw: Voices of Young Black Girls in America. Her recently published, critically-acclaimed memoir, Surviving the White Gaze, has been optioned by MGM Studios and Killer Films for a limited TV series with Rebecca attached to write and executive produce. Rebecca lives in Brooklyn with her husband and son.