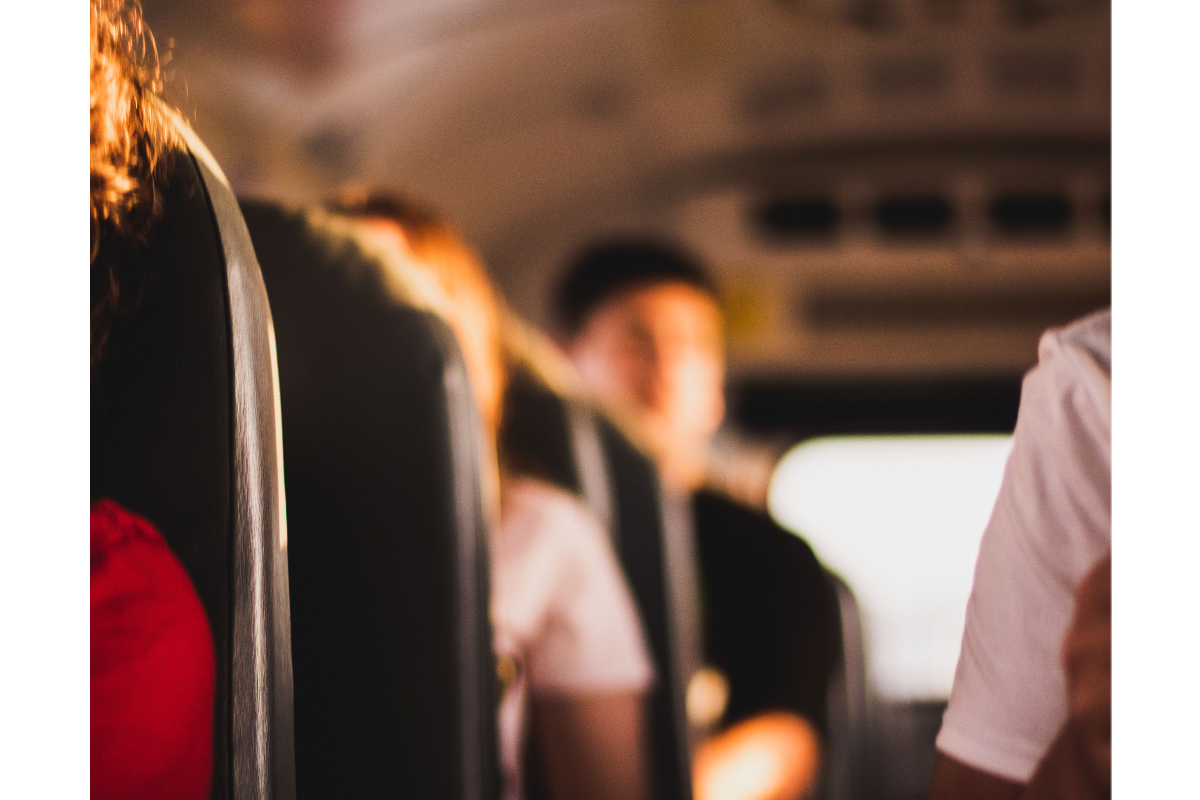 My house is near the end of the route.
Every afternoon I ride the bus for
nearly 45 minutes,
up and down country roads.
The speed limit tops out at 35 miles per hour,
and there is no yellow line in the center of the pavement
and no street signs at the intersections.

“You,” the boys say, “Are a
Black Fart.”
I say nothing in response. I do nothing. There is nothing for me to do but sit quietly staring ahead and not draw any more attention to myself than my skin is already doing. Willing the bus to go faster so I can get off.

When I get home I tell my mother that some kids on the school bus called me a
Black Fart.
I don’t remember what other words tumble from my mouth
or whether my mother tries to put what happened to me
into some broader context
or whether she tries to console me.
But I think this is the first time my mother tells me that I’m not
Black.
“You’re not
Black,” she says. “You’re part white, You’re not
Black. You’re brown”

At six years old, I hear the implication clearly.
Being brown is better than being
Black
(but not as good as being white
like my adoptive mother and father)
.

I am an adult before either one of us next raises this incident which I can’t forget
Giddy with a nostalgia I don’t share, my mother says
“Remember that time those kids on the bus called you a
Black Fart?”
Her eyes glisten with hilarity
“You were so angry!
You came home and said,
I am not a Fart!”

She laughs
and I focus on her sharp teeth

I say nothing in response. I do nothing. There is nothing for me to do but sit quietly staring ahead and not draw any more attention to myself than my skin is already doing. Willing her to stop laughing
so I can get off of her bus.