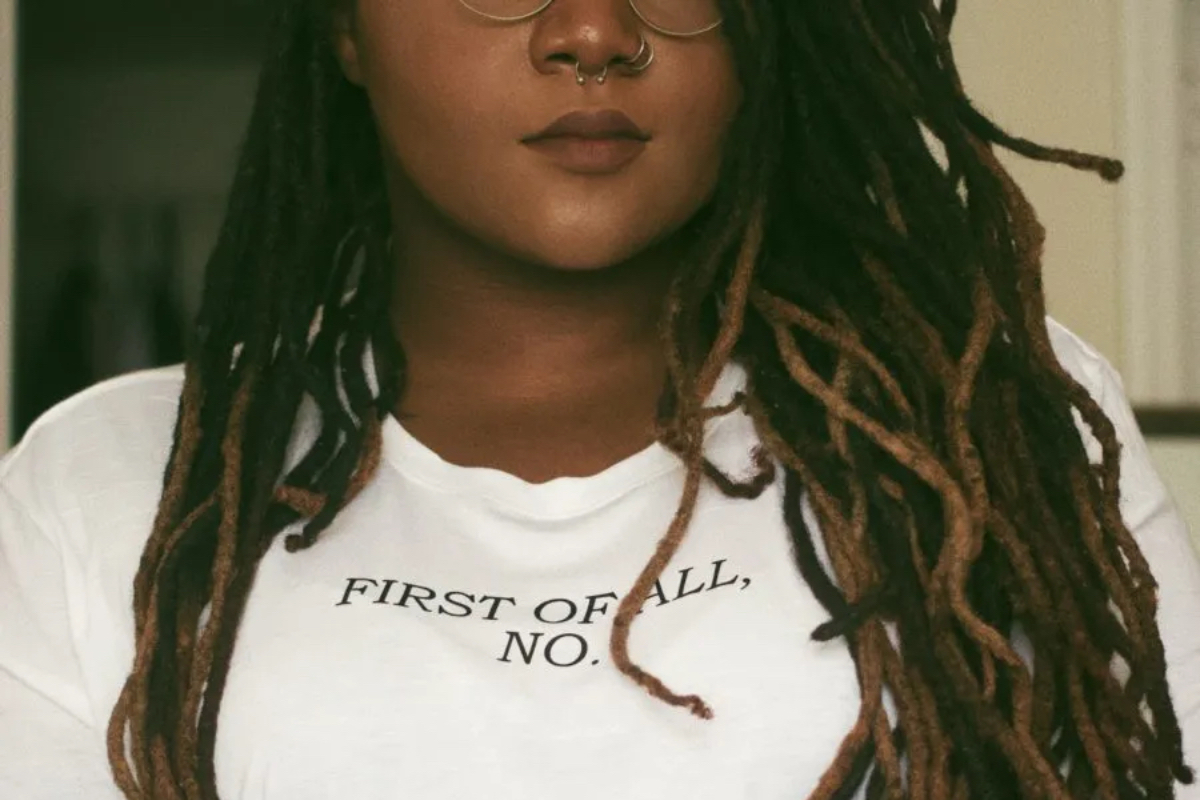 “Let me ask you, Ms. Voss: how do you feel about having children?”

After a certain point, I learned the answer to this question didn’t matter. The doctors: a succession of gynecologists and primary care physicians looked at my fat, Black self and didn’t believe that I knew what I wanted and needed.

“At 37, you can still have a baby.” exclaimed the gynecologist whose biggest concern was whether her paleo diet handout made its way into my purse before I left our consultation. I had scheduled an appointment with her because of suspected endometriosis, PCOS, or fibroids. My symptoms were consistent with all three conditions. I initiated our conversation by suggesting a hysterectomy to stop the unbearable bleeding and pain.

She scream-laughed as if she’d just heard something preposterous.

“You can’t just demand a hysterectomy! We have to run tests, get imaging, a diagnosis, and even then, you can still have babies!”

I sighed, resigning myself to being unseen. Though it was her job to facilitate the care of my body, this brand of care was impersonal, judgmental, sometimes mocking. I came to expect it. My gynecologist was more concerned with the numbers on the scale and my most recent labwork than with the numbers I had given her: 18 months of awful periods, 12 days of menstruation every 25-28 days. She proclaimed this was the result of my weight, and possibly my hemoglobin A1C. It didn’t matter to her that I had a family history of fibroids. She asked: “Well, was your mother obese, too?” I shuddered. Obesity, as a diagnosis, is the result of medicalization of fat bodies. This medicalization does not properly examine environmental factors, nor does it examine the physical strength of patients. Obesity, as a diagnosis, means your provider doesn’t like the number on the scale or on the BMI chart, neither of which offers a full picture of wellbeing. Every fat person knows this because we have to know this.

I explained to her that my chronic issues could and often did exist in all kinds of bodies, and moved on to request imaging to figure out what was going on. I was scheduled for ultrasounds and an MRI for suspected uterine leiomyoma (commonly known as uterine fibroids) and waited to get results.

My suspected fibroids were confirmed. She skimmed through the radiographer’s summary of my MRI. I had five fibroids in various parts of my uterus, one of which sat close to my cervix. She asked me how soon I’d like to have them removed. She spoke rapidly as if she were reading the fine print at the end of an infomercial; something, something hysteroscopic outpatient removal, something, four to six weeks healing, thirty-day post-op appointment something. I felt overwhelmed. She congratulated me on losing ten pounds and asked how often I checked my blood sugar. I previously discussed the usefulness of a glucose meter when I was doing “all the right things” in terms of my diet. I lied. I didn’t care to tell the truth to someone who didn’t believe or see me. We scheduled surgery for April 11, 2018.

On April 11, 2018, I woke up groggy in the recovery room. I was shown photographs of the removed tissue. I was given apple juice and asked to review my discharge paperwork and put it in my bag. All I wanted was to go get pho with my mom. I hoped it worked. I didn’t know. I wasn’t sure.

Two weeks later, I found myself in the emergency room. There was a fibroid I wasn’t told about.  I was not sure how my doctor could have missed it despite it being on the outside of my uterus and being the biggest of all the fibroids I’d had. The others had been removed with no problem. When I phoned the hospital on the next business day, I was met with sputtering and performative apologies. I was not offered a consultation. I was told that someone would call me back to follow up.

Before they could, I got a referral to a new gynecologist, at the same hospital where I saw my primary care physician. I explained over the phone that I’d received poor treatment by another gynecologist and wanted to meet with her as soon as possible. By the time I’d met with her, I had been to the emergency room twice since my first surgery.

“What brings you here, Ms. Voss? I understand you just had surgery?” She appeared confused as she pored over my discharge papers from a few weeks prior. “And you think the pain is because of this extra fibroid? It doesn’t add up. Have you seen a gastroenterologist? How’s your weight compared to a few months ago? Do you want to have children? It’s not too late.”

More of the same.

I spent the summer of 2018 in the ER monthly. I followed up. More imaging. More repeating the same exact story and same exact symptoms. Nothing changed until September when I went to the ER and was told, flat out, that I needed a hysterectomy because of suspected endometriosis and two large ovarian cysts. I finally felt I was getting somewhere. In this case “somewhere” was meeting a doctor who listened the first time when I said I didn’t want to bear children. This provider gave my gynecologist a recommendation that I be scheduled for a pre-op consultation and hysterectomy as soon as possible.

This didn’t happen. My new gynecologist started me on a round of estrogen-blocking hormones and told me to lose 30 pounds before she would even perform a laparoscopy to get a better look at my uterus. “A hysterectomy isn’t really an option,” she said, “because you could change your mind at 40 and decide to start a family.”

I can’t say I lost my head when I blurted out, “I’m in pain right now, today, and you’re telling me about theoretical kids that I already said I don’t want?” The doctor looked terrified, then offered me a bunch of completely useless platitudes and the option of bringing on menopause through a drug called Lupron.

I left that appointment and asked the front desk staff to connect me to now a third doctor.

I did everything I was “supposed to”. I went to appointments, I asked questions and tracked my symptoms. I changed my diet to change my results. It didn’t matter to these specialists.

I had no certainty that another doctor would listen to me, that she would actually help me by removing whatever needed removing. I made an appointment with this new doctor while praying that the medical fatphobia and misogynoir that kill Black women daily would not claim me. After our consultation, she scheduled me for a bilateral cystectomy.

“Ms. Voss, have you considered having children?”

“Well, that gives us a lot more options to treat you.”

Finally, someone who wanted to treat me now, instead of focusing on my non-existent future children.