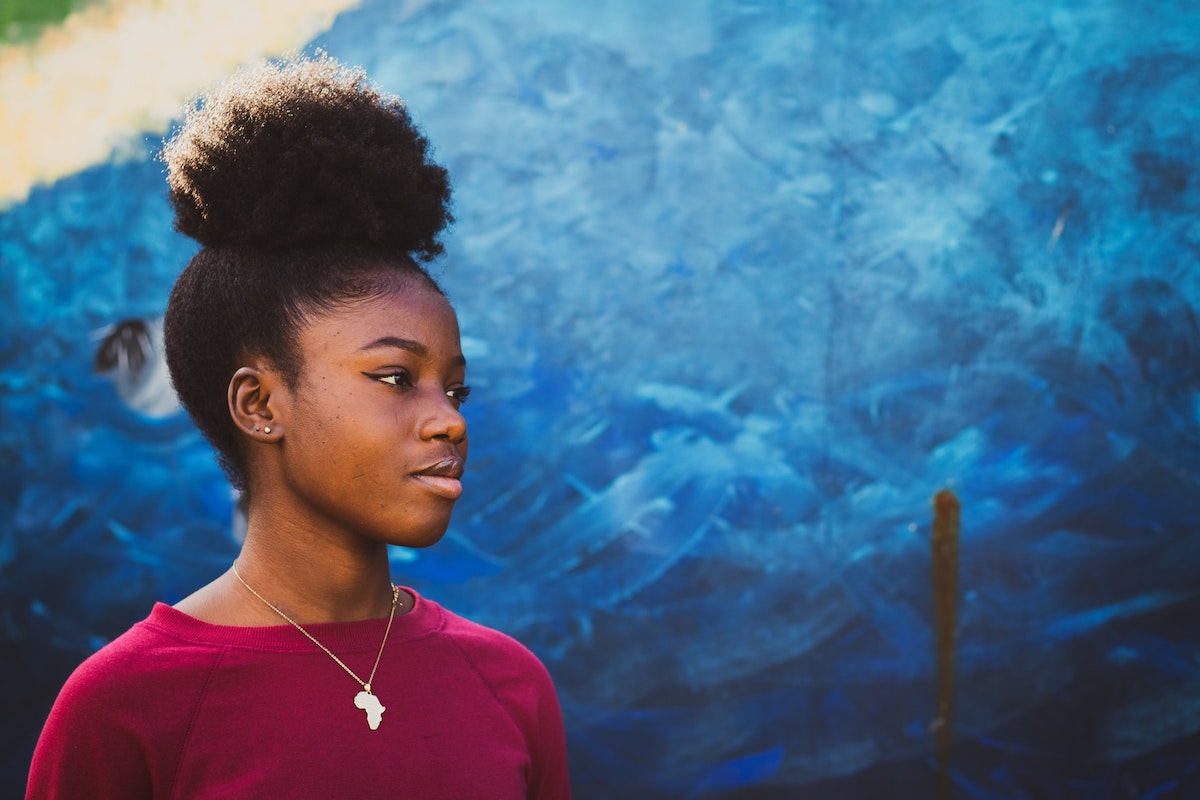 When my twelve-year-old daughter, Adelia, lost her wallet on the public city bus, I was actually pretty proud of her. For several weeks, she had been taking two trains in the morning (with a transfer at one of the busiest central transit stations in the country) to get to her new middle school and then two buses to get back home, and not a water bottle nor a notebook had been left behind. Her father and I marveled at her punctuality, and an attentiveness so attuned that she had recently found time to grab a donut while waiting for the second train.

But Adelia was distraught when I picked her up that afternoon, her voice edged with tears as she recounted leaving the wallet on the seat next to her.  I listened to her wail and then gently hushed her, saying “Honey, it’s fine! It’s just a wallet.” It was a plain brown wallet that used to belong to her dad, and it only contained her school identification, her trans-pass, and $12, all items that we could thankfully replace with ease. But still, she was so disappointed in herself.

Three weeks later, she called me from school, this time her voice full of delight. “Mom! They found my wallet- can you believe it?!” When I picked her up from school, we were both giddy with joy as we drove to the regional bus depot address that the school administrator had written on a yellow sticky note. The building was a massive and imposing industrial brick structure with faded lettering and square stone steps. So, we were surprised when we stepped inside to find a break room paradise for bus drivers, replete with a flat-screen television showing an Eddie Murphy movie, tables where people were eating lunch or drawing or reading the newspaper, an exercise bike, and even a pool table. It was a driver waiting for his turn at the table who, upon catching us slack-jawed and gawking, smiled and gestured to a glass partitioned area with office cubicles behind it.

Behind the partition sat a Black woman in her 50’s, her auburn-colored bun perfectly centered atop her head, her bangs framing deep eyes that were unreadable.

“Hi!” I exclaimed, a little too eager. “We are here to pick up a lost wallet.”

My daughter and I exchanged glances of glee as we slid the yellow sticky note with the information on it under the glass. It was as if we were on a long-lost adventure, complete with a dazzling break room of wonders, and we were about to hit where x marks the spot. The woman looked at us, unsmiling. Thinking she couldn’t hear me through the glass and over the high volume of the movie, I started to repeat why we were standing before her when she got up, walked behind some shelving, and after a few minutes returned with the wallet. The woman removed a 3×5 manila tag that had been attached to the wallet and slid the wallet, the tag, and a pen under the glass.

“Fill this out,” she said and motioned to the lines and spaces on the tag.

We were so excited that we picked up the wallet first and opened it and yes, Adelia’s identification was still there and so was the $12.

We couldn’t believe it! What good luck!

I looked up at the woman to see if our enthusiasm was penetrating through the thick glass and the woman’s indifferent eyes. It was not. I grabbed the pen and began to fill out the name and date lines when I was interrupted. The woman began speaking, her stare now sharp, and her voice commandingly clear.

Her gaze was sharp and locked on Adelia’s face.

The woman slowly looked back at me, her eyes in a slight squint, asking if I understood her directive.

Suddenly everything felt quite serious.

I handed the pen over to Adelia, and she began filling out the tag. As the tag seemed to be produced before the Voting Rights Act of 1965, I quietly pointed out how she should fill out the date in the tiny lines provided, keeping my movements small in case I got admonished. Adelia slid the tag back under the glass, and before I could finish saying “Thank you,” the woman turned on her heel and left.

The coldness of the woman behind the glass and my desperate desire to connect with her reminded me of the time I lost my wallet. I was about the same age as Adelia, and I loved that wallet. It was made of yellow nylon with a rainbow across it and it had a Velcro closure. I had one crisp $20 bill in it which was all of my Christmas and birthday money, and a few quarters in the zippered section. While my mom shopped, I ran to the back of the store to the mini arcade to play Centipede. When I ran out of quarters, I found my mom in line paying for her items and we left the store.

My mom was driving out of the parking lot when I remembered I left my wallet on the game console, leaned up against the screen. My mom braked hard, turned the car around, parked, and we both jumped out of the car, with me way ahead of her, flying through the aisles to the back of the store. I got to the video game, but my rainbow wallet was gone. The crisp bill I was so proud of was gone. I looked at my mom, tears streaming down my face, full of apologies and fear. Her face was hard as she shook her head. She was beyond disgusted with me and we silently walked out of the store.

Back in the car and out of earshot of the white people who might think ill of us, my mom let me have it all the way home.

And on and on it went. I had made a mistake. I let my mother down. And because my mother was my world, it felt like I had let the whole world down. There was nothing I could say or do to make any of it better. Only the reappearance of the wallet would prove what I so desperately wanted to be.

Someone who could keep up with her stuff, who was worthy of having things.

Losing a wallet should not be a value judgment of one’s character, but this world can make Black women feel that we cannot afford to lose anything. To have something of one’s own means you are no longer just a middle child wearing your brother’s shirts in the segregated south. You are not just a little girl riding an overcrowded bus to an under-resourced school. You are someone and you matter. You count. To lose that wallet, to not keep up with your stuff, can feel like validation that you are unworthy or undeserving.

When I look back at my sad and sobbing twelve-year-old self, I see a young girl who made a mistake, nothing more than that. Though it has been a lifelong journey to be patient with my own mistakes, I can freely give that grace to my twelve-year-old daughter. And while I recall my angry mother ranting while driving me home, I also see a resolute Black woman doing her best to navigate a life that she fears will be as unkind/unforgiving to her daughter as it has been to her.

Adelia and I caught each other’s eyes and after waiting for a few moments, realized the woman behind the glass partition was not coming back. We had been dismissed. We both took a deep breath and turned back to the break room of delights and the joy crept back upon us as we laughed that the money was still in the wallet and how lucky it was that she wouldn’t have to replace her school id and should we get some custard at Rita’s to celebrate. We stepped outside when our revelry was then interrupted by a woman’s alto voice.

Behind us, also leaving the depot was a Black woman, in her 50’s. She was wearing her driver uniform, but with a bedazzled cardigan around her shoulders, and a shimmering wine lip color. We held the door for her, and she continued.

“That bus driver was the one who found it and turned it in, that’s why you have it.   You need to keep up with your stuff because it’s not always gonna end like that.”

“Yes,” I responded, wanting to seem like her obedient daughter. “You are absolutely correct. She will keep up with her stuff from here on out. Thank you.”

Once buckled up in the car, I turned to Adelia. “You know those women were just trying to help, right?”