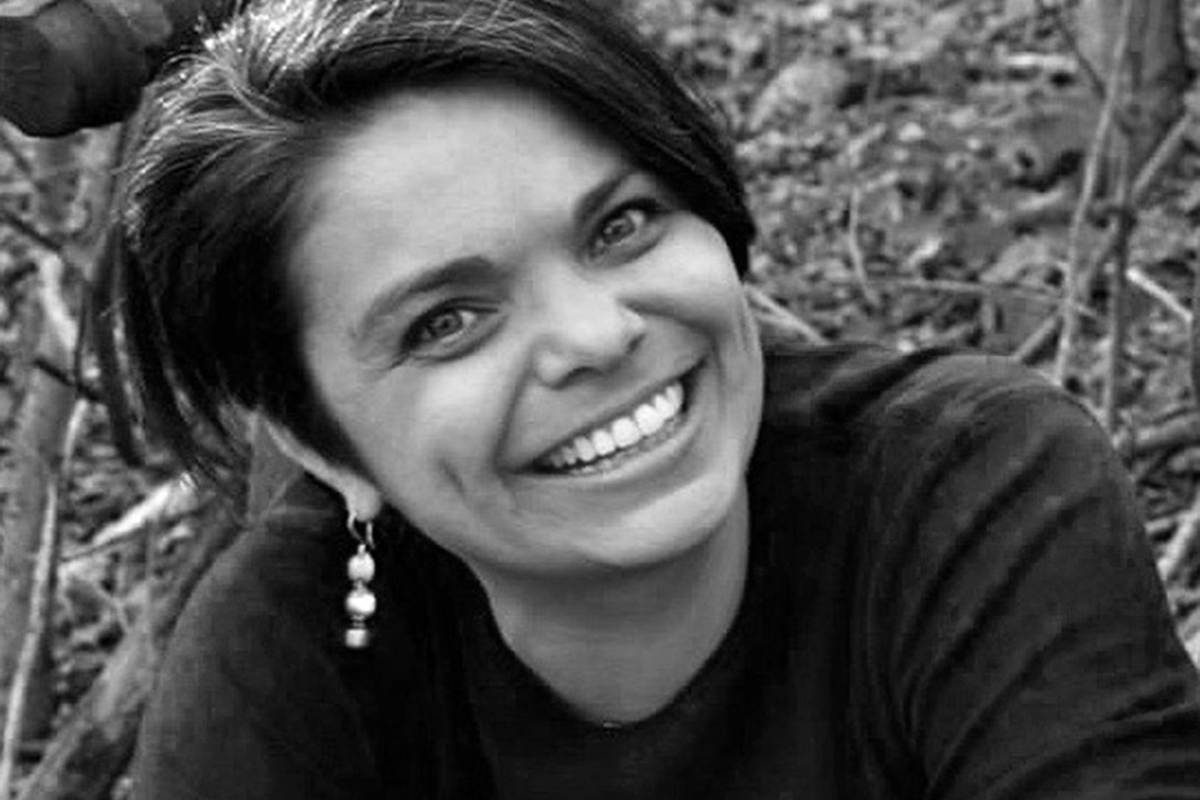 My grandmother JoJo is the first person who comes to mind. She raised four girls on her own. Much like Lula in Crooked Hallelujah, my grandmother clawed their way through terrible poverty, telling my mom and aunties to hold their heads high and be proud of who they were, that they could do anything. Through it all, she was writing. She probably has a couple of albums worth of gospel songs she’s written the music and lyrics to. Holiness churches all across the country sing her songs to this day. For many, many years, she wrote a column called Jodie’s Journal in the Sequoyah County Times, her local paper back home in the Cherokee Nation. She’s a very talented woman, one who always insisted on perfect enunciation and proper posture!

I don’t have to think hard about a literary hero of any sort before I’m talking about Louise Erdrich. In a Paris Review Interview in 2010, she says:

By having children, I’ve both sabotaged and saved myself as a writer….it’s not because of hormones or pregnancies. It’s because you’re always fighting sentiment. You’re fighting sentimentality all of the time because being a mother alerts you in such a primal way…But then, having children has also made me this particular writer. Without my children, I’d have written with less fervor; I wouldn’t understand life in the same way. I’d write fewer comic scenes, which are the most challenging. I’d probably have become obsessively self-absorbed, or slacked off.

If I weren’t a mom to an eight-year-old, I would have so much more time to write and go to residencies and really live up that writer life. But I firmly believe that I’m a much better writer and human because I’m a mom to that eight-year-old kid.

I asked my daughter this question. She said, “Mean!” and then she covered her mouth, started giggling, and said, “I can’t even get that out without laughing. Nice. Smart. Goofy. Can I do four? Kooky.”

I’ll pay her later. The list I was going to write was something along the lines of goofy, tired, and scattered.

This strange tension that exists between melancholy and joy as I watch my child grow up and become more confident, funny, sharp, compassionate. You know, just witnessing them becoming perfectly themselves. It’s hard not to long for that little three-year-old who needed you so much, even as you delight in the wonderful human standing before you. Thankfully, we can’t stop time. But some days against my better judgement, I probably would if I could, just for a little while.

The whole answer is probably the yin and yang of Erdrich’s Lulu Lamartine and Marie Kashpaw from Love Medicine. In the interest of space, I’ll go with just Lulu for now, who looking back on a long, full life says:

No one ever understood my wild and secret ways. They used to say Lulu Lamartine was like a cat, loving no one, only purring to get what she wanted. But that’s not true. I was in love with the whole world and all that lived in its rainy arms. Sometimes I’d look out on my yard and the green leaves would be glowing. I’d see the oil slick on the wing of a grackle. I’d hear the wind rushing, rolling, like the far-off sound of waterfalls. Then I’d open my mouth wide, my ears wide, my heart, and I’d let everything inside. (272)

We live in a culture that does its best to keep us working constantly and then, when we become parents, to instill that sense of striving busyness into our kids’ lives. It’s easy to get caught up in to-do lists and goals and lose our sense of joy and wonder, to fall out of love with the world. Lulu had many children, and she loved them all, deeply, joyfully. But she refused to live her life according to whatever expectations were thrust upon her as a mother and a woman.

Knowing that your child will read your work at some point, how does that impact your candor when writing?

Because I don’t often write nonfiction, I don’t have to worry about it too much. I want to be able to let myself be free in fiction and go where the story takes me. Of course, things are more complicated than that, and we have a responsibility to think about our loved ones and the communities we come from when we create art borne of them. Crooked Hallelujah was heavily inspired by my life growing up in a family of powerful women. I think some day when my daughter is older, we’ll probably need to talk about those stories and where they come from. So I think, for me, it’s a matter of when the time is right. She has already put her foot down about me putting her image on the internet. And it’s tough because, you know, sometimes I want to do it for the gram. ☺ But I respect her wishes. I can imagine as she gets older we’ll have to figure out anew what is comfortable and what isn’t and how that relates to my work.

How do you balance motherhood and finding the space to write?

I feel like I have a pre-pandemic answer for this question and a pandemic answer for this question. Writing has been really tough during the pandemic, particularly during my debut year, which was filled with promotional events that I’m, of course, so very grateful for. My daughter’s entire school district was virtual for a year and a half. Between all that and super heightened generalized anxiety about safety and the world we are leaving for our children, I’ve been pretty much a wreck, to be honest. There’s been no balance! Generally though, early mornings are my time. Now that the schools here are back in session, I can sometimes carve out space during my workday. I find that self-made mini-residencies at AirBnBs nearby are a good way to focus and get a good chunk of work done. So far, I’ve only done that when I was on deadline and it was way past necessary. I’d love to be able to make them happen every couple of months.

How have other mother figures you have encountered in your community influenced your parenting? Your writing?

Oh goodness, so many women have helped shape who I am as a person and a parent. Until the fourth grade, I was raised by a single mom. My closest cousins were too. My grandmother was a single mom. I come from a community of powerful women who were also these loving but take-no-shit mother figures who were determined to give their kids’ lives better lives than they had. It worked! Because I’ve been not just surrounded by women like this but also often carried by them, I’ve had so many more opportunities than they ever did. I would be writing forever if I tried to figure out how the mothers in my life influenced my parenting. So I’ll just keep it simple. I learned to love fiercely and to do my best every day to make sure my daughter knows how loved she is and how much I believe in her.

Along those lines, the mother who’s had the biggest influence on my writing is my own mom. Her belief in me never faltered, no matter how I stumbled. She did everything possible to give me the chance to get the education that was out of reach for her. Although it probably didn’t make a lot of sense for her to see me major in English and then go get an MFA at 30, she supported me and cheered me on. I am certain I wouldn’t be a writer if it hadn’t been for her voice and love from forever ago until now.

Kelli Jo Ford’s debut novel-in-stories Crooked Hallelujah was longlisted for the PEN/Hemingway Award for Debut Novel, The Story Prize, the Carnegie Medal for Excellence in Fiction, and The Center for Fiction’s First Novel Prize. She is the recipient of The Paris Review’s Plimpton Prize, the Everett Southwest Literary Award, a Native Arts & Cultures Foundation National Artist Fellowship, an Elizabeth George Foundation Grant, and a Dobie Paisano Fellowship. She teaches writing at the Institute of American Indian Arts. She is a citizen of the Cherokee Nation.