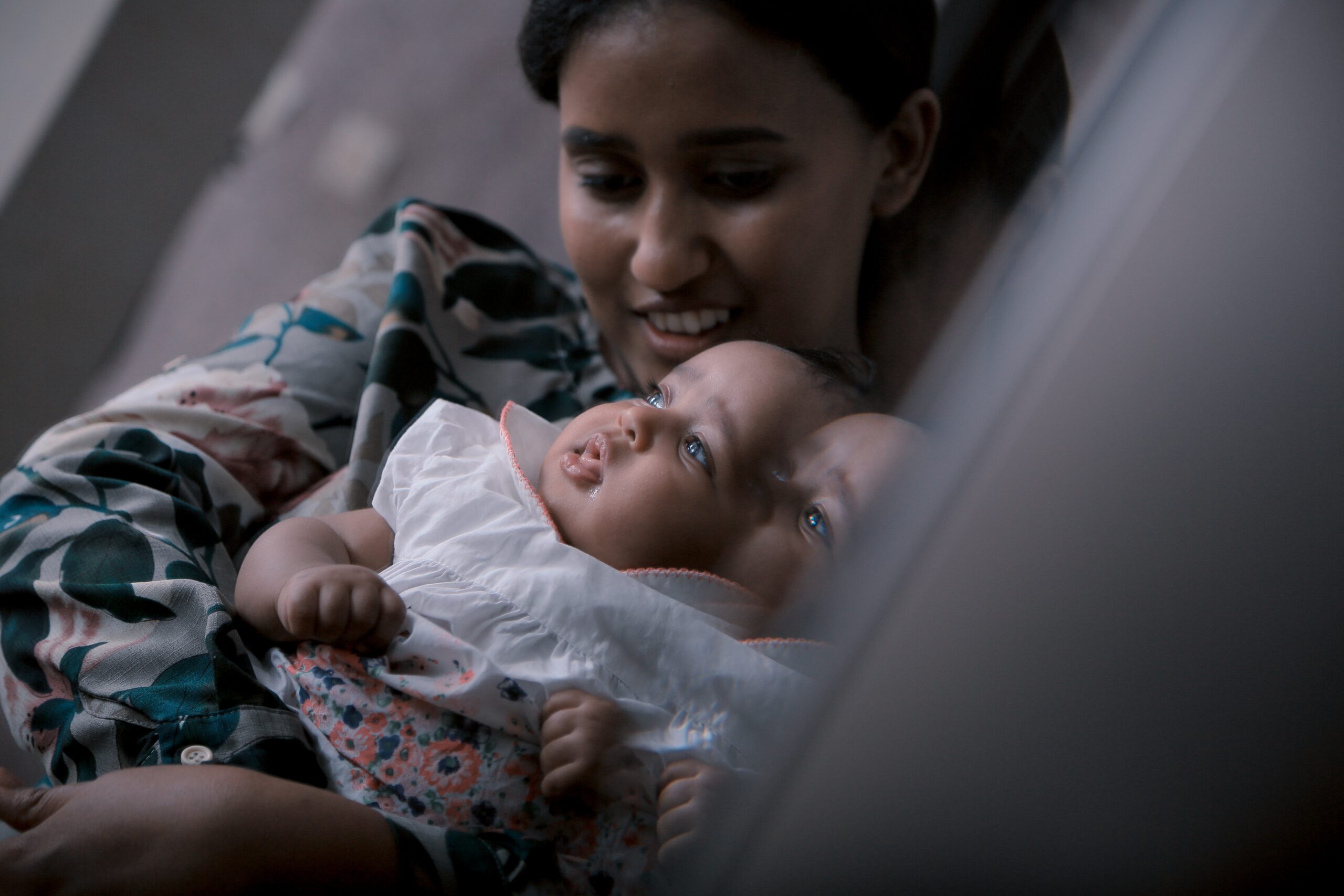 When I honor my Ancestors with shoutouts and praisesongs, I always begin with my mother.

Then I honor her mother, my Baubie.

Move on to Baubie’s mother and father.

Then on to Baubie’s father’s mother and father and that’s as far as I know the names to call on that side.

Names of Jews (maybe Ashkenazi, maybe Sephardim, maybe a mixture) who fled the pogroms of Russia as children to the frozen state of Minnesota, where they put down roots on the northern side of the Mississippi, learned English and carved out a living in North Minneapolis where the Black people lived. Where my mother grew up with a crush on her elder’s brother’s good-looking tap-dancing Black friend who became my father.

When I shout out my father and his parents, whose stories I don’t much know, I ask them to come through my dreams, plant seeds of their journeys so I can better understand the swirl of African, German, and Native American that they contributed to my DNA.

My mother was the middle of five children, with a brother and sister older than her, and a brother and sister younger. Her mother, my Baubie, was petite and overwhelmed by what we now know as chronic depression. When she couldn’t gather herself to parent her brood, my mother, whose designation in the family was “pretty,” stepped up. Her nickname was “Little Mama.” She cooked, she cleaned, and she held everyone’s spirits together, especially when her salesman father wasn’t closing enough deals to pay the bills. Then my Baubie would rise from her bed of sorrow and play the hell out of poker games with her fellow Jewish immigrant mothers. Her winnings provided food for another day.

My mother grew into a subtle beauty with an adventurous spirit. She graduated high school and left Minneapolis for California, working as a hat check girl in popular Hollywood nightclubs where she saw her favorite stars. She worked in jewelry stores for men who praised her looks and, telling her she didn’t look Jewish like it was a compliment, encouraged her to change her surname and trim her nose. She turned that nose up at their suggestions and walked out.

During World War II, with the Nazi Holocaust in full swing, she was one of the first women to work in the U.S. Naval shipyards in the Bay Area. And, despite being wooed by rich White men, her heart belonged to the good-looking Black tap-dancer-turned-jazz-drummer from Minneapolis who led her to Seattle, where they finally wed. Their marriage was tumultuous—she wanted a traditional provider husband and father like she’d known. But my father, who grew up in a brothel with alcoholic parents and turned to drinking at a young age to cope with the trauma of being abused, wasn’t qualified for or interested in that job. Amid the ups and downs of money issues and Dad’s infidelities, they created me and then my brother. Parenthood cured Mom of the desire to love my father into wholeness, and she encouraged him to move on.

The challenges of being a divorced, single, financially struggling Jewish mother of Blewish children never seemed to faze my mother. She rose to them all and triumphed, with her nurturing heart, unfailing glamour, soft-spoken wisdom, and culinary prowess.

She shone in the role she’d been training for since she was a child.

She became an adjunct mom to several of my friends, and my brother’s friends, and strangers on the street. They came for her delicious food and stayed for her heartful insights, always delivered in that sweet yet steely voice.

I know I’m biased and floating in a type of privilege that not all Mixed-race people get to experience. My parents bought a house in a Black and Mixed working-class neighborhood (the only part of town where families of color could easily own property). She made friends with the other wives of Black jazz musician men who married interracially because Seattle didn’t have any of those pesky “anti-miscegenation” laws to keep them apart. And she conspired with those other interracially-married women to bear children around the same time so that we wouldn’t be alone, wouldn’t be “othered,” wouldn’t grow up believing we were strange or confused or tragic. These women did this on purpose in the 1950s—before birth control even existed—and I admire their courage and commitment to children they hadn’t yet conceived.

Though Dad was clearly problematic, Mom never said a negative word about him to us. “You’ll learn about him from others, when you’re old enough,” she said when we asked. But we spent enough time with him to see the dysfunctions before we knew what to call them or understood their origins. She just said that he had been the love of her life, and that she didn’t regret her time with us, or giving birth to his Mixed-race children while Jim Crow was still ravaging the South and we were all technically illegal in many states of the Union.

She wasn’t close to her mother, but she never said why. I thought maybe it was because her mom hadn’t been able to be present and nurturing, though Mom said she forgave her for that. But when we visited Minneapolis in the summers, she’d drop us off at her mother’s apartment for a few hours, exchange a few terse words, then pick us up hours later. Since all of my other grandparents had already transitioned to ancestors, I didn’t have anything to compare this to. And while it felt a bit strange, it didn’t feel wrong, and so I never asked why.

A decade after Mom became an ancestor at age 84, I was writing my identity memoir. An older cousin on her side of the family asked if I knew what had come between my mother and our Baubie. “I have no idea,” I said. “Well,” the cousin said, “it was because of your dad.”

My first thought wasn’t about race. It was that since my dad had grown up with my uncle, my Baubie knew about his alcoholism, his womanizing, his lack of interest in husbanding or parenting according to anyone’s rules but his own. I pressed my cousin for more information.

“It was because he was Black.”

I was born on the same day as my Baubie. We shared a love of music and books. She was sweet to me and my brother, baking special cookies for us and lavishing us with fond gazes. That’s all I remember about our brief visits with her. It took me a minute to wrap my brain around the fact that my Mixed backstory was like so many—too many—others like me, where the non-Black parent was estranged from parents who disapproved. I hated feeling a part of a cliché.

I couldn’t figure out why she’d been pleasant to us when we saw her. Or why Mom took us to spend time with her in the first place. I was retroactively enraged on behalf of my mother. I wished I’d known these details when I was growing up, or when my mother was alive. As the firstborn, I’d always considered myself her protector, whether from my father or the world at large. But there was nothing I could do about what might have been the greatest heartbreak of her life.

My ancestral altar holds pictures of my mother and her parents, my father and his parents. I side-eye my Baubie now and let her know I’m unhappy about this part of my backstory. My cousin gave me the impression that Mom’s dad, my Zadie, wasn’t as much of a factor in this dynamic, but I could be wrong. Sometimes I throw him a side-eye, too, just in case.

My first instinct was to brand my Baubie and maybe my Zadie as racist. But that might be too easy. They lived with Black people. Did they look down on them? It wouldn’t be surprising—every group in the United States crafts their identity, in whole or in part, based on feeling superior to Black Americans.

I thought about the fact that humans are a tribal species. About the ways that immigrant parents always struggle to rear their kids with traditional values in a world that exposes them to new and sometimes frightening things that no parent can control. I pondered the cultural tightrope that all first-generation-American-born children must navigate.

I recognized the dynamics of Jewish identity and how marrying out of that tribe could be an issue because it might threaten the continuity and break the link from one generation to the next. Is the desire to maintain one’s culture through generations racist? Or is it simply human nature?

It hurts my heart that I can’t hold my mother and share the sorrow and rage that her mother’s betrayal caused her to suffer. I am furious at my Baubie for rejecting her child. So, as I fill the nine glasses of water on the altar, or make offerings of flowers, food, drink or symbolic items (a menorah and a Torah for my maternal grands), I chat with these Ancestors, both in my head and aloud.

As I lift their names in gratitude, clothed in West African words of blessing, I recognize the ways that the various and sometimes conflicting strands of my DNA intertwine. I understand that I am the synthesis of hope and heartbreak, struggle and triumph, rule-breaking and love outside the lines.