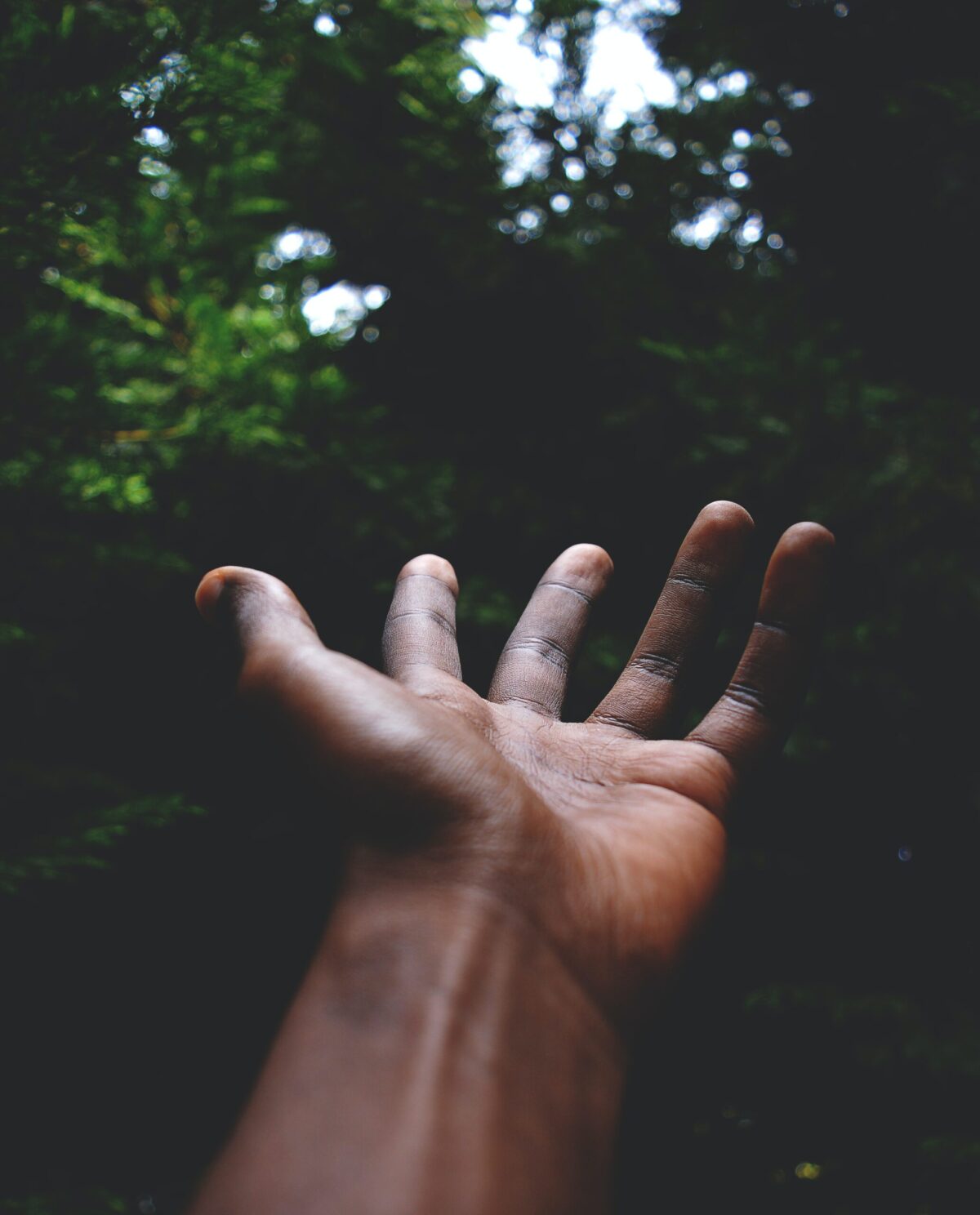 When my son Miyka-EL, affectionately known by his middle name Elijah, was born nearly 25 years ago, I did not know that he would be diagnosed with a lifelong neurodevelopmental disorder that would shape our lives in so many ways.

Going into labor at only six months into my pregnancy, Elijah, my miracle baby, was born at 24 weeks and weighed only 1lb 6oz. Elijah was so small he could fit in the palm of your hand. Unbeknownst to me, there was another conversation happening among the doctors and nurses. One doctor who examined my baby eventually broke the huddle and talked to me. He discussed how babies my son’s size didn’t have a significant chance of surviving.

The doctor asked if I wanted to hold my son in my arms until he died or if the team of doctors should continue to work on him. At that moment, my tears dried, and I immediately felt a warm sensation over my body; I was beyond angry.

How dare he offer my son life or death.

While speaking with my mother throughout the day, our family decided to name the little boy who had a very small chance of survival, Miyka-EL (Hebrew meaning, “Who is like God?”) Elijah. We decided on the biblical name combination, borrowing the names of an archangel and a prophet because we knew he needed godly strength to survive.

I was allowed to place two small cards in Elijah’s incubator. One was a prayer that every family member was required to recite whenever they visited. The other card had his name written on it repeatedly. The family knew there was power in calling Elijah’s name. On the outside of the incubator was a card where family members marked each time Elijah lived to see another day.

Elijah faced several challenges during his stay in the NICU. My son bled on both sides of his brain, his lungs collapsed twice, and multiple organisms attacked his entire body at the same time. Because one of the organisms removed all of his skin, he needed to be bandaged like a burn victim. Doctors informed me that due to numerous medical complications, Elijah might not be able to talk, walk, or learn like most children. I didn’t care what the doctors said, though. I was determined to bring Elijah home, and we did after nearly four months in the NICU.

Bringing home a child with special needs filled me with anxiety and worry. I was still in college and didn’t know one thing about finding a daycare, feeding schedules, or the numerous doctor visits we needed to attend. I was so unprepared to take care of Elijah that my mother, a nurse, came to stay with me. She helped me with everything and even made sure I had a full understanding of the medical terminology used during doctor’s visits.

But even with all the help I received, I still held in the back of my mind those words from the doctor that Elijah may not walk, talk, or learn like other children.

Elijah began early intervention services at around two years old after his team of doctors diagnosed him as developmentally disabled. Five days a week, we had interventionists in our home. Speech, occupational, and physical therapists individually and sometimes as a group worked with Elijah to prepare him for school. Early intervention services continued until pre-kindergarten (pre-k) for three-year-olds. Then, Elijah attended a preschool for children with disabilities.

I noticed some changes in Elijah’s behavior around the age of two or three. He would scream at the top of his lungs in the grocery store, run back and forth while covering his ears when he heard loud noises, and remove his clothes anytime and in any place. Elijah had unusual and limited food preferences. He only ate Pizza Hut pizza, McDonald’s chicken nuggets, and Kentucky Fried Chicken’s mashed potatoes and macaroni and cheese. Elijah was also a fearless runner.

Unfortunately, when I spoke to doctors about Elijah’s unusual behaviors and food choices, no one could give me a definitive response. The lack of urgency from these professionals not figuring out what was happening with my son devastated me. My concerns were disregarded as if what I had to say didn’t matter. I kept a mental note of all behavioral changes Elijah experienced and in what context.

When it was time for Pre-k 4, the behaviors were so bad that my mom had to stay in class with Elijah most of the time. I have a photo of her sitting in a small chair next to him on his first day of school because he would not stay in the classroom nor eat the lunch provided. Elijah’s needs were not being met in the classroom. We even tried to move him to another school in the district, but there’s so much red tape when you have a special needs child.

I took off work and stood in line at 6:00 am, hoping to get Elijah into one of the better schools in another district. The whole situation was both disappointing and frustrating. I was so overwhelmed that four months later, my family agreed to pull Elijah out for the rest of the school year.

For kindergarten and first grade, we decided to try a private school. Although the smaller setting helped in some ways, the behaviors persisted at school and at home. Elijah once jumped out of his chair and slapped my father across the face while we were watching television. My big burly father said Elijah’s hit hurt a lot. Elijah often struck people whenever watching television or doing one of his favorite activities.

First grade is also when I began to notice distinct learning differences. Elijah had the most trouble grasping abstract concepts. Some days, we’d stay up all night trying to figure out basic math facts without the use of manipulatives. He couldn’t remember his colors.

Yet Elijah was a gifted voracious reader. Elijah’s favorite character was Harry Potter, so he begged for every single book in the series. We even attended a midnight release of the Order of the Phoenix at a local bookstore. To my surprise, Elijah read the entire book in less than a week!

None of what Elijah was experiencing made sense to me.

Eventually, reevaluation time came around, and Elijah’s identification changed from developmentally disabled to learning disabled. Yet, in my mind, a learning disability could not explain the behaviors we were experiencing at home and school. I spoke with Elijah’s pediatrician about changing his diagnosis so that he could receive one-to-one support from a paraprofessional.

I’d had enough of getting inadequate answers to my questions and watching my son struggle without the assistance he needed. I decided to read a lot of special education articles, and one of them discussed autism symptoms. It was as if a lightbulb went off in my head. The puzzle pieces fell into place.

Armed with new information, I requested an Individualized Educational Program (IEP) meeting to review the research. After reviewing the information I found about autism with the team and intricately aligning what we were seeing at home and school with known characteristics of the disorder,

I couldn’t believe the uphill fight I encountered from my colleagues in the field while pursuing additional testing. A few of the meetings were notably contentious, as some of the team members wanted Elijah’s educational identification to change to an intellectual disability (formerly known as mental retardation). I was adamantly against the change in identification. I watched too many Black children, especially Black boys, identified as having an intellectual disability and I was not having it.

Some of Elijah’s IEP meetings lasted for hours, with more than 10 people in attendance, and I wouldn’t budge. Until my request for additional testing was granted, I flat out refused to sign a new IEP. I had to send several letters of concern to the school district’s central office and request the removal of IEP team members because of an unwillingness to even consider an autism diagnosis.

Working for a school district you are fighting against can be mentally exhausting, and many days I wanted to give up. I felt like I was alone in the fight for Elijah’s educational rights. Some colleagues stopped speaking to me as if I did something wrong in advocating for my son. Although I didn’t mind the silent treatment, what bothered me the most was that I attended meetings where these same people bent over backward to evaluate other students at the request of parents.

The only difference between me and the other parents, I believe, was the racial background. The thought that there could be a racial component to some team members’ refusal to evaluate Elijah made me even more determined to get him reevaluated.

After several email exchanges, a new school psychologist, social worker, and counselor were added to my son’s IEP team. The lead psychologist read Elijah’s medical records and could not believe no one considered an autism diagnosis before our meeting. As he continued to review Elijah’s information and discussed current testing, tears fell from my eyes. Finally, someone helped me connect the dots and answered all those questions I had over the years.

My experience with Elijah taught me how to dig deep, especially when I feel like there is nothing left. I have learned to never give up, even when faced with adversity. By advocating for Elijah, I found my purpose and learned my voice has value. I even have a career as an autism researcher and an advocate for children with disabilities because of him. This journey to an autism diagnosis has truly shaped the woman I am today.