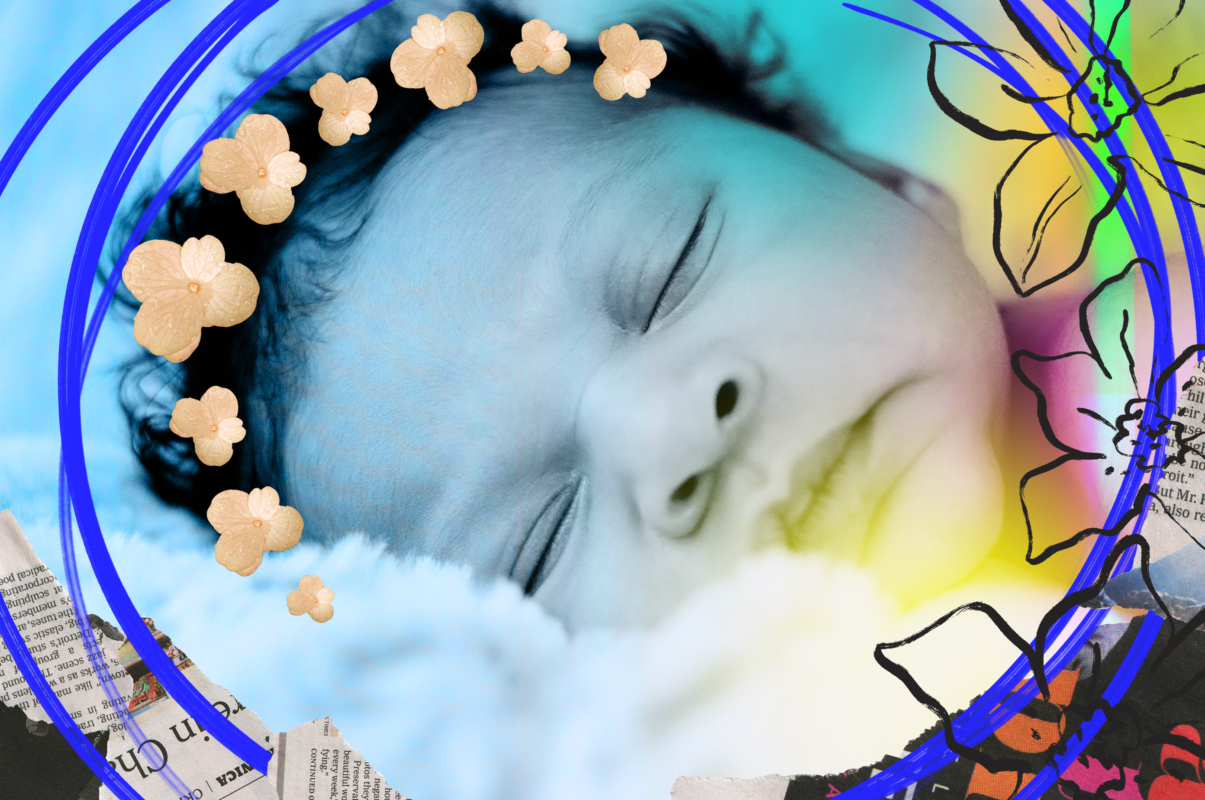 I never knew I wanted to become a mom. In my worldview, I thought it was just the natural progression of becoming a woman. It was modeled for me. Go to school, get a good education, graduate, find a good paying job, find a spouse (or let him find you— “He who finds a wife finds a good thing” Proverbs 18: 22 NKJV), get married, and have a baby. I followed this trajectory for my life almost to a tee.

My husband and I didn’t rush to get pregnant. Although the first question people ask as soon as you jump the broom is, “When will you start having children,” we didn’t let the external pressure get to us. We dated long-distance the entire four years of our courtship and didn’t live in the same state, let alone the same city or home, until after we said our “I Dos.” There was no rush to expand our family right away because we wanted to enjoy one another’s company to the fullest as newlyweds. After three years of wedded bliss, we finally decided it was time to start growing our family. To our surprise it happened fairly quickly.

The first time I saw my son’s heart flicker on the monitor, and heard the steady soothing sound of his heart pumping at my 7-week gestational appointment, was when I fell in love. This tiny little being growing in my womb had captured my heart and would not let go. The weeks flew by without a hitch. That is until we reached week 28—a week I will never forget. I went into my doctor’s office on Friday, January 15, 2016. The waiting room was bustling with pregnant mamas with various sized baby bumps, waddling around with anticipation. I remember arriving at the office and being asked to drink the sugary solution to test if I had developed gestational diabetes while expecting.

While I waited for testing, as the sugary drink was flowing through my body, the sonographer called my husband and I back to the ultrasound room. I remember being extremely excited to see my munchkin on the screen for the first time since 8-weeks prior at our gender revealing ultrasound.

The sonographer laid me back on the reclined table, placed the cold gel on my tummy, turned on the ultrasound machine, and began the anatomy scan of my son. The room was dark, illuminated only by the light from the ultrasound screen. I recall the ultrasound tech, with her thick Georgia-southern accent saying very early in the scan that my son didn’t have a lot of fluid around him. As a first-time mom I had no clue what that meant for the health of my baby, but I figured it was something I could improve with the help of my medical team. I didn’t know that tiny indicator, of not having a lot of fluid, would be the small snowball that accelerated downhill, causing an avalanche of heartache. As the sonographer continued my scan, she again mentioned my fluid levels and excused herself as she announced she wanted the doctor to take a look at me.

At that very moment, I knew something was wrong. But because of my inexperience as a first-time mom, I didn’t put much stock into her declaration that my son no longer had a lot of fluid surrounding him. The next time the ultrasound technician came into the room, she quietly cleaned off the gel on my belly, pulled my shirt back down and asked my husband and I to follow her across the hall where two doctors awaited our arrival. The following nine words that ensued folded me like a table: “We’re sorry, your son no longer has a heartbeat.” In that very instant, my world came crashing down. I let out a piercing scream from the pit of my soul. The doctors excused themselves and alerted us that they would give us a few minutes to process the bombshell they had just dropped in our laps.

After the doctors reentered the room, they told us our next steps. We decided to go home for the night to mentally, physically, and emotionally prepare for our impossible task of delivering my son who had succumbed in my womb—the very place that was supposed to be his shelter and protection. The doctors scheduled us to check into the hospital for induction the following day, Saturday, January 16, 2016. The drive over to the hospital was somber. I remember riding in silence as gospel music softly played in the background. When we got to the hospital and the receptionist asked me to fill out the intake forms, I wept. I could barely see the forms as tears welled up in my eyes.

I had been tasked to do the impossible. The uncertainty about how I would deliver a dead baby, how he would look, how I would react once I saw him, plagued my mind. But I knew the task I was sent to do, and I was equipped with a prayer asking God to give me strength and peace to carry out the assignment of birthing my precious angel.

I labored for three days. At 5:48 a.m. on January 18, 2016, my little prince was born on Martin Luther King Jr. Day. He was born into silence but his presence spoke volumes. He was tiny in frame, but the love I felt for him filled the room. The moment the nurses placed him into my arms, the room stood still. He was the most beautiful baby I had ever seen, even though his eyes were closed, his body was limp, and he made no sound. It may seem weird or even crazy to want to interact with a baby that died. You’re literally staring death in the face. But that moment taught me death is inevitable and it is not as scary as we make it out to be. My son was everything I needed in that moment.

To this day my husband and I are unclear about how much time we actually spent with our son. But what I do know is that the time we spent as a trio was extremely special, even priceless. We took pictures, had his fingerprints and footprints taken, talked to him, examined every inch of his 1.5 pound body, took in his scent, and more. As his lifeless body began to grow cold and stiff, we knew we were on borrowed time. We prayed for our precious baby and dedicated him back up to God, then called our nurse to come retrieve him. As she wheeled his body out and we said our final goodbyes, I cried.

I again faced uncertainty as I was asked to leave the hospital empty-handed and broken hearted a few short hours later. I couldn’t believe that I had to leave my baby behind. I was completely devastated. I didn’t know where this journey would lead me. But here I am today, five years later—still here, still standing.

I promise you as you travel down the road of uncertainty that your journey may lead you to detours of anger, jealousy, envy, heartbreak, numbness and more,  but in spite of all this, you will keep going. Not because it is easy, or that you know what is in store for you in the future, but because you hold within you a fountain of resiliency steeped in your DNA by your ancestors who endured the unthinkable. Even when you feel like you won’t be able to take another step or face another day, YOU WILL. Because you are a warrior. As you take a step each day and begin to move forward, you will one day turn around and marvel at how far you’ve come. Healing is a muscle. The more you exercise sitting in grief, confronting it head on, and experiencing the emotions that arise with it, the more it begins to shrink; you find yourself moving one step closer toward breakthrough. One day your loss and grief will not consume your mind as it once did. It will be the white noise in your consciousness. But that doesn’t mean you can’t remember your angel baby in their absence or parent them in a way that honors their life and legacy.

This journey is one of great uncertainty, but you can come out victorious as long as you never give up and continue fighting each day for a sliver of hope.

Promises for You is a column that gives voice and space to those who have experienced infertility, miscarriage, and child loss at any age. We need open conversations on a continuous basis to dispel shame, give room to grief, and nurture understanding.